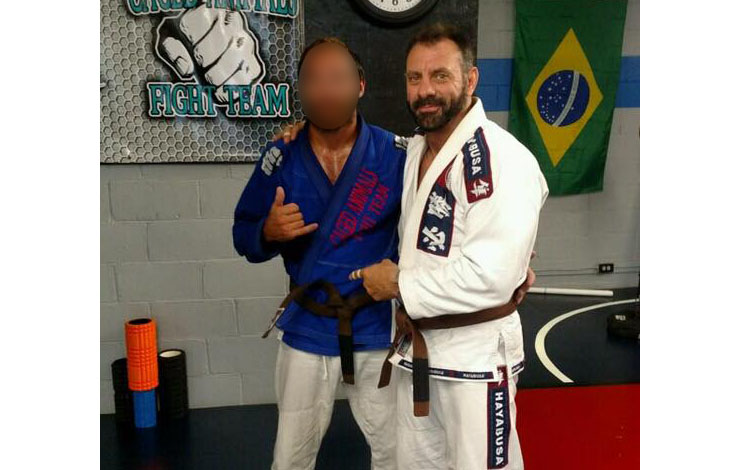 CBS reported earlier yesterday that one William Kenneth Bosley Jr, 49, has been charged with photographing, videotaping, depicting on computer or filming sexual acts of a child; statutory sexual assault, and aggravated indecent assault.

Bosley allegedly began to text the victim when she was 14, asked her about her sexual experiences and offered to teach her.

He is the owner of Uniontown Fight Club in Fayette County, PA. According to an archived version of his bio William aka Bill is:

Uniontown Fight Club was founded by Bill Bosley and is affiliated with NAAFS, VFL, Cage of Chaos, Simons Promotions, Pinnacle Fight Series, World Series of Fighting, King of The Cage, and Gladiator of the Cage. Bill not only helps train fighters, and supports them, but he also promotes fights and gets involved in every aspect of the industry.

Anyone with information regarding further sexual assaults committed by Bosley is asked to contact state police at (724) 439-7111.