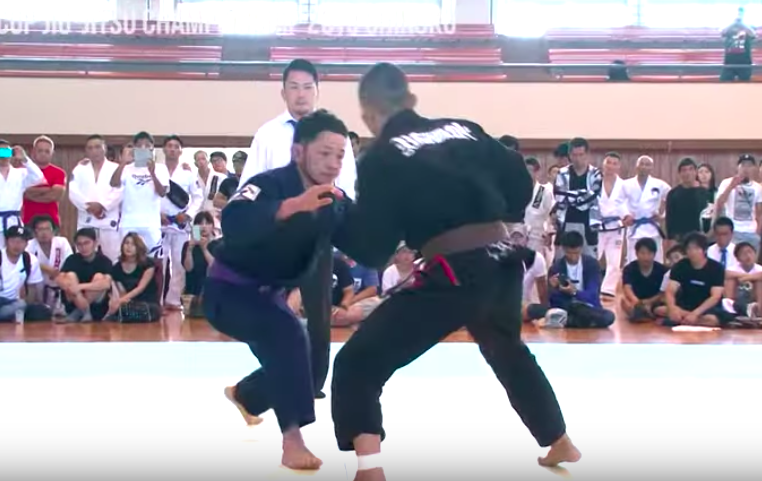 In quite uncommon to see top level MMA fighters face each other in a BJJ Gi match. This recently happened in Japan at the Shooto Cup when MMA legends Rumina Sato and Cao Uno, put on their Gis and made a great show for the crowd.

Sato and Uno had actually fought each other twice in MMA, the result being two KO wins for Uno. This time, only submissions and berimbolos would be involved.

Surprisingly, even thought they are known as top grapplers (Uno finished 2nd at 1999 ADCC), Sato is still (just) a brown belt and Uno a purple belt in BJJ. This is probably due to the fact that they mostly train No Gi.

During his career, Rumina Sato was primarily known as a grappler who would attempt wild submissions (flying armbars, leglocks).

Caol Uno came second at ADCC losing in the finals to the legend Jean Jacques Machado.

Here is their great match. It’s a barn burner full of wild techniques: