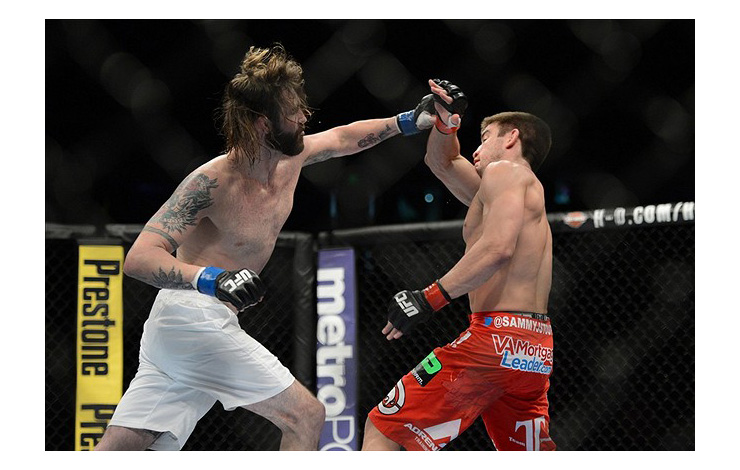 Every day in the world of MMA the fighters are writing history. In an effort to thwart USADA Fighter Cody McKenzie got way more than he bargained for.
McKenzie (16-11) was worried due to weed consumption so he initially refused to give a sample to USADA. Shortly after he gave an allegedly pre stored sample.

MMA Fighting has the details on McKenzie’s ban:

On Sept. 14, McKenzie was asked to submit a sample and he refused, saying he would return to his room and provide one later. When he did submit a sample, officials determined that it was abnormal and McKenzie confessed that it came from a “bottled urine substitute”. He allegedly wanted to avoid the test due to recently smoking marij*ana.

Because no proper sample was collected, the NAC committee could not rule out that McKenzie was attempting to hide performance-enhancing drugs and not just a drug of abuse. A pair of motions were passed to determine that McKenzie should receive a two-year suspension from competition for “aggravating circumstances” and an additional two years for avoiding the drug test altogether and showing a “disregard for protocol.”

The latter decision was motivated by McKenzie not attending Wednesday’s hearing and what was determined to be a lack of communication and contrition on his part since the incident occurred. He will also pay $944.84 in attorney reimbursement fees.

Known for his “McKenzietine” chokes, Cody went 2-4 in the UFC before his release, providing us a memorable farewell moment in 2013 when he fought Sam Stout in basketball shorts.