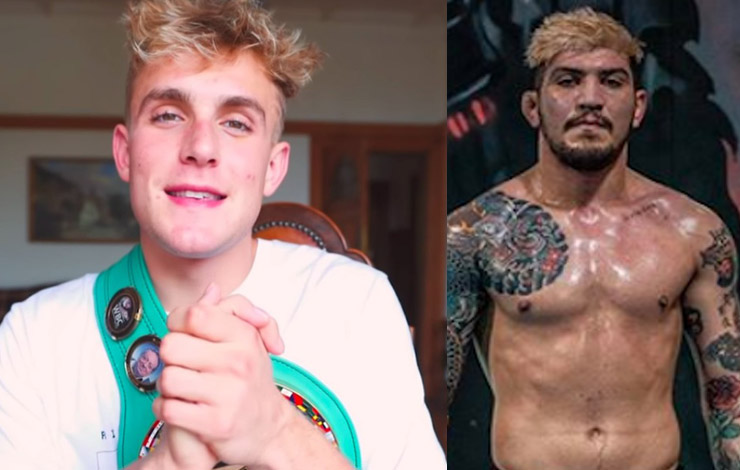 The older brother, Jake Paul ran into some trouble early this year after he posted a youtube video of himself touring the infamous Aokigahara woods in Japan which included him running into a dead body. After being blasted all over social media, Logan later had to apologize.

The brothers grew up in Ohio where the sport of Wrestling is king. They both wrestled intensively in high school.Logan Paul qualified for the state-level Ohio High School Athletic Association (OHSAA) 2013 Division I Wrestling Individual Championships.

THis is how Paul ended up challenging Dillon Danis?!

who want smoke ’cause I want smoke, I had a wet dream about beef

In the end Paul had to clarify it wasn’t bjj he was slamming:

But his striking is super weak.

Hey @jakepaul, if you have some business you want to handle with my partner, call me. https://t.co/fwfM3omDQE

And yesterday Paul doubled down on it telling TMZ:

Now we know Jake has been calling out Conor for a while … so maybe he’s getting slightly more realistic going after Danis.

be careful what you wish for