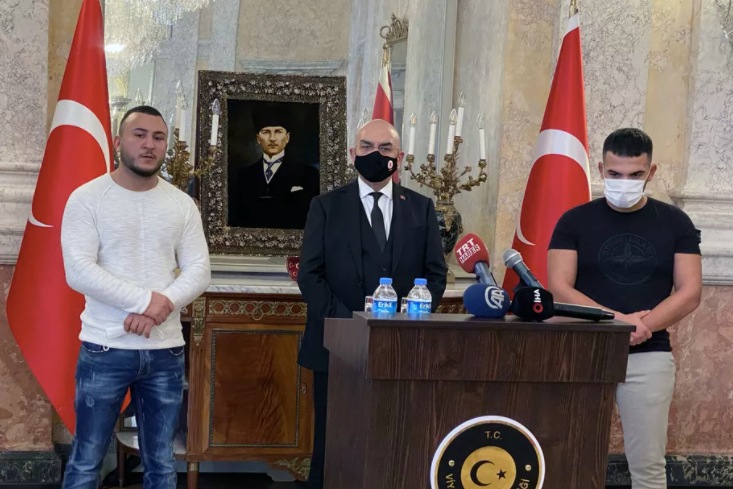 Two MMA fighters of Turkish origin who live and train in Vienna did a great deed yesterday and saved an old woman and a police officer from certain death, during the terrorist attack that took place last night in Vienna.

The video shows Mikail Ozen and Recep Gultekin shouting in Turkish “to the shelter” and rescuing a police officer while bullets were flying over their heads.

“The old woman was walking to the place where the fight broke out, on foot. When we saw her, we stopped her and took her down the stairs. We took her to safety. Then we went back to the station, I saw a wounded policeman, “said Mikail Ozen”

At that moment, the police were already rushing towards the station. One attacker managed to stop the assault of three officers, one of whom was wounded.

We went to the police cordon and told them all about the terrorists, one had a headscarf and a rifle. They were only five meters away from us!

Mikail Ozen (1-2) is known to the domestic audience for his fight with Aleksandar Janković at Vendeta 12 in Vienna in 2017. Jankovic defeated Ozen by choke in the first round, and that was his debut into the octagon. Secondly, the hero Recep Gultekin had an amateur MMA career but did not make his debut in a professional fight. Kudos to the guys for such a great move and gesture and for representing our sport in the best possible way.