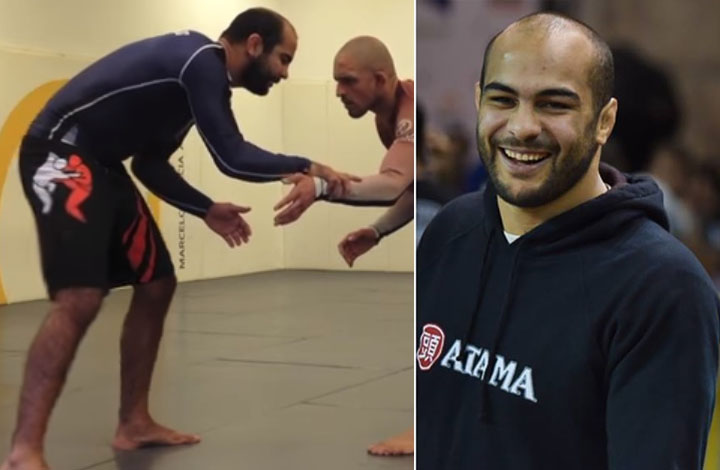 The list of Bernardo Faria‘s achievements is huge. Among them are many world titles including both his weight class and absolute.  28 year old Faria was born in Brazil and is a black belt under Ricardo Marques.

Of course Faria fights under the Marcelo Garcia banner, he has been quoted saying that even though he’s a heavy fighter there’s plenty of benefits to training with someone like Garcia.

“Training with Marcelo has been a fantastic experience. I’m actually getting to know him better and understanding how he thinks about Jiu-Jitsu, the way he trains. The coolest thing is to see that, as a person, he may be even better than as an athlete. He is very humble and considerate to everyone, so I am learning outside the mats as well,” he said to Graciemag.

About the positions, Faria analyzed: “I’m trying to bring several of his positions to my game, and he has helped me with this. It’s hard for me to completely change my style, but I can add many things to what I do, many details. Not to mention the no-gi Jiu-Jitsu, which I have trained a lot here. I’m feeling a cool evolution.”

Given all this it’s no surprise he has some extraordinary tips that will bring your armdrag game to a whole new level.

This particular takedown is a favorite of Faria’s because often times a primarly jiu-jitsu player will have a hard time with applying. He likens this type of takedown to setting up a trap, and indeed that’s how it goes. 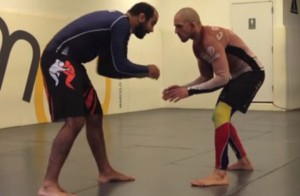 Faria starts off by giving the forearm of his right arm to his opponent.

“When I give you my forearm I’m gonna open my hand against his wrist. Reach inside and go for an arm drag.”

From there all you have to do is turn underneath and take him down, according to Faria.

“I like it a lot because every time I finish I drop here” Faria says accenting the importance of landing on top very close to the most dominating positions in bjj.

You can watch the entire instructional by pressing play below!