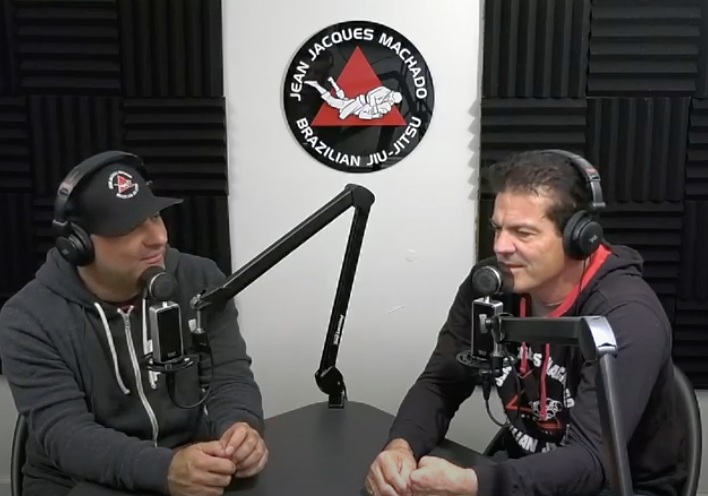 World famous comedian Russel Peters has been doing Jiu-Jitsu for five years at the rate of 3 to 4 times a week. He was promoted to blue belt last year by BJJ legend Jean Jacques Machado.

Over the years, he has showed his support for Jiu-Jitsu by talking publicly about it on the Joe Rogan podcast, and also performing wearing Jiu-Jitsu apparel such as this Helio Gracie Cardigan from Roots of Fight:

Peters has also had his fare share of street altercations where he used his Jiu-Jitsu:

Russell Peters was recently a guest on the Jean Jacques Machado podcast where he discussed a wide range of topics – from his early days of comedy, discovering the art of Jiu-Jitsu and actually using it to stop a robbery, and what life is like working as a comedian during a pandemic. As you can imagine, there are lots of laughs!