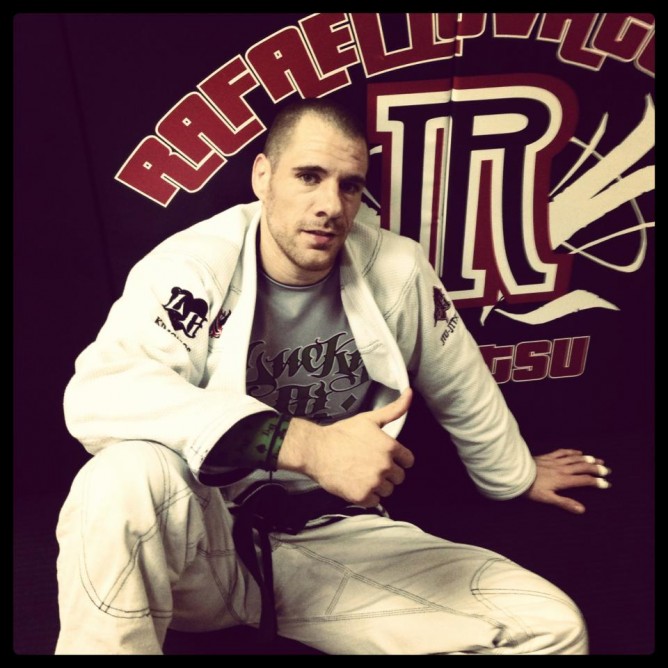 As the USA’s most decorated Brazilian Jiu Jitsu competitor of all time, Rafael Lovato Jr. has spent a lot of time on the competition mat. From early local tournaments as a teenager to the Brasilieros and World Championships, he’s been got a sharper perspective on today’s competition scene than arguably any other American.

When I found myself lucky enough to sit down with Rafael and pick his brain – one of the  topics my readers were most excited to learn about was his perspective on changing the rules of BJJ competition. And boy did I ever hear it.

“Get Rid of Advantages in BJJ Competition”

Before I could even get out my whole sentence about changing the BJJ rules, Rafael immediately mentioned that the first change he’d make to the modern BJJ rules would be to alter the scoring system to get rid of advantages altogether.

“You see guys win entire tournaments without scoring one point in one match… without ever REALLY trying to win.” Rafael sees this trend as detrimental to the development of the sport because it promotes a one-dimensional game bent on having the ref believe you almost got a sweep or submission, then to cling on for dear life. Rafael’s concern is that this kind of behavior is not only less of a crowd-pleaser, but is an foolish way to develop your own game as a competitor.

For this same “stagnation” reason, Rafael would also prefer to see stalling truly enforced particularly on players who aim to cling to advantages.

“At Metamoris, The Ref Was There to Keep Us From Going Out of Bounds, and That’s It”

Rafael’s favorite competition rule set to date was his battle at the “Metamoris” tournament in California versus Kayron Gracie. The tournament had no rules against reaping the knee, a super-long time limit, and a submission-only objective. This, to Rafael, puts a lot of the nit-picky advantage-grabbing games away and moves competitors towards aggressive, submission-oriented styles that don’t stifle the game.

We may not be able to make all IBJJF matches “no time limit” matches… this would be unreasonable. However, we could leverage the rules in existence against stalling, and pull the rules of advantages in order to promote a kind of competitive environment that Rafael believes is better for the athletes and the sport.

The debate around advantages, stalling, and knee-reaping have been flaring up a of late (Caio Terra mentioned his own strong stance against the knee reap rule in our recent interview), and the jury is still out on how willing the IBJJF is to change, and in what directions they will change, if at all.

Until then, you can count on Rafael pushing the pace and aiming to make his opponent’s do exactly the same,

Dan Faggella is a No Gi Pan Am Champion, a Writer of Jiu Jitsu Magazine, and author of 2 books on Amazon. He has a master’s degree from UPENN in Positive Psychology, concentrating on skill development. He regularly interviews BJJ World Champions and top competitors online at www.ScienceofSkill.com