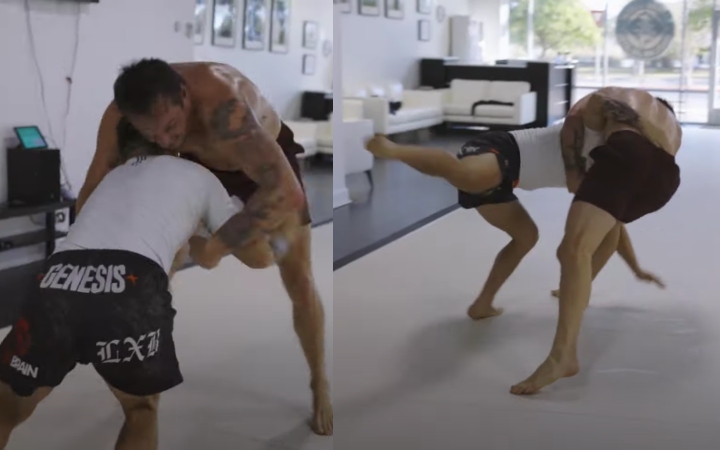 Telander is significantly bigger than Steele and he does a really good job in the 4mins roll that started standing. Check it out, it’s an awesome and intense roll:

Reaction about the roll by Ramsey Dewey: