How To Wrestle Like Khabib Nurmagomedov for BJJ & MMA 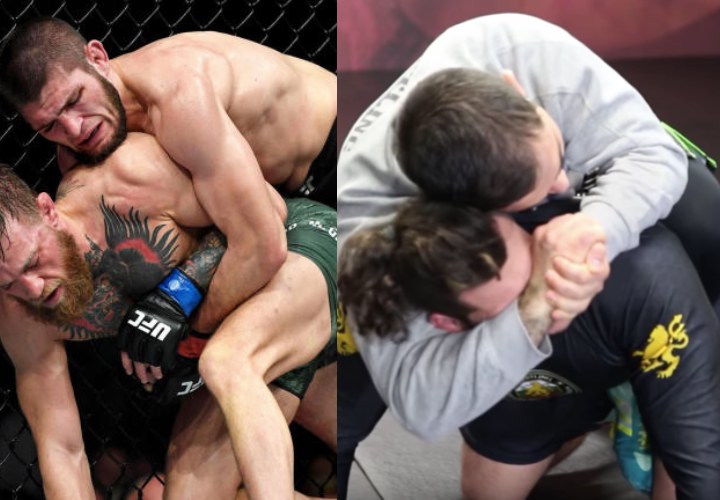 Khabib Nurmagomedov’s world class grappling skills have made him a scary dominating machine in MMA. His style is all pressure and control.

With the Khabib vs Connor fight, there were a lot of technical takeaways that we can apply to our own training tactics and principals.

When the Russian had Connor on the canvas, he put a tremendous amount of body pressure on the Irish man with little to no space given. That lack of space hinders most positional escapes. But in order to effectively strike on the ground, you must sacrifice that pressure and positional control, so every time Khabib went to give a pounding Connor was able to hip escape and get into a slightly better position. That’s not to say you shouldn’t use ground and pound, but use it carefully while being ready for their movement reactions. Striking inside the guard and half guard seemed to give a lot more positional stability then mount or side control.

Another takeaway that has been realized in BJJ gyms for the last decade, but was highlighted in this fight’s highlight real is that tucking the chin may save yourself from getting choked, but also leaves you very vulnerable to a jaw breaking squeeze. It’s a simple, yet super effective technique that combos very well with the rear naked choke. Instead of spending a whole round fighting to slip under their chin, you can just take their chin along for the ride.

There are few better examples of how a grappler should fight a strong striker. The threat of the takedowns kept Connor hesitant to strike until the fight went to the ground at Khabib’s will. And once there, it stayed there. The methodical advancement inch by inch and physical pressure by the Russian put Connor in a no win situation. Mercy came only after McGregor admitted defeat by the simple gesture of tapping. Enjoy the fights as a fan, but also re-watch the fights as a martial artist looking to learn from others mistakes and success. Take these concepts and apply them to your training. See you on the mat.

World class Bulgarian wrestler Lyubo Kumbarov shows how to dominate on the ground like Khabib Nurmagomedov: