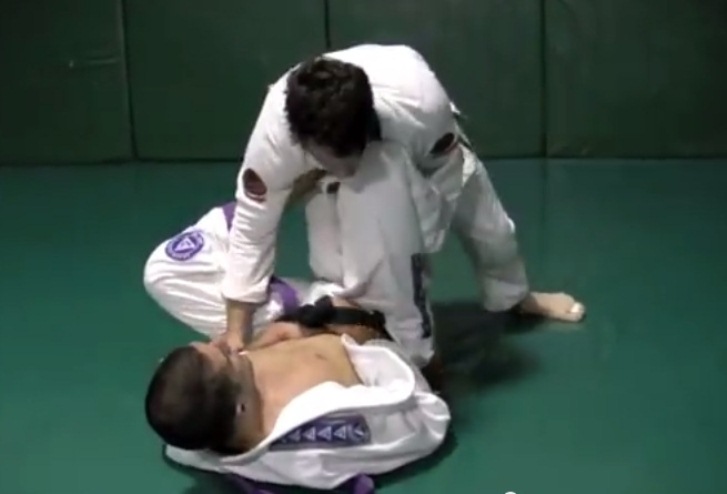 Hard to believe, but true. The grandson of Helio and son of Rorion, Rener Gracie managed the feat of submitting an opponent without using his hands.

In just over seven minutes of rolling, Rener, with his hands tied in his belt, kicked three pats of purple belt. Rickson Gracie was also known to train like this.

See the video below.