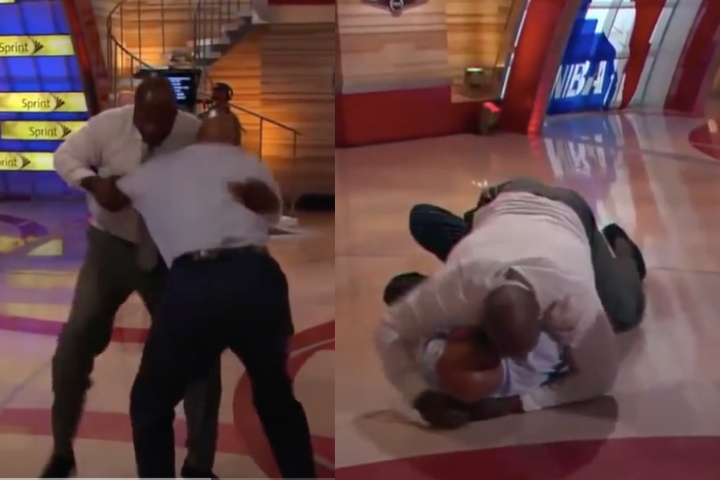 Shaquille O’Neal has been following the UFC for a long time and has also been training Jiu-Jitsu since 2000 under Royce Gracie then under Jonathan Burke in Florida.

On the TV show Inside the NBA, Shaq demonstrated his skills on fellow NBA legend Charles Barkley. Admire Shaq’s takedown and ground control.

Shaq’s former coach Alvin Gentry has recently talked about how Shaq used to like to practice his BJJ with NBA teammates, naked.

According to Gentry, Shaq would prank his team mates, where he would take them down, and grapple with them, wearing nothing. 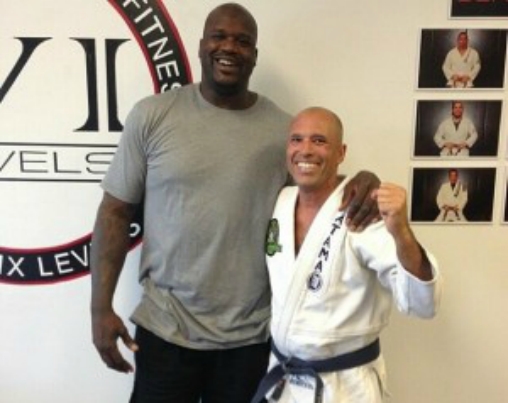 Gentry revealed the disturbing “prank” details in a recent interview.

“The thing that he did that he got to be notorious for is that, every few days or every week or so, he would decide that it was time for this Brazilian naked wrestling contest.

You would never know who the chosen one was, but what would happen when you least expect it, this 7-foot, 310-pound guy would turn the corner, and he would be stark naked and he would run right at you full speed, grab you, he would take you to the floor and then he would do about five rollovers with you. And he would always tell our trainers who it was going to be, so they were always prepared for it, but you never knew who it was going to be.”

Even the coach was a victim of Shaq’s pranks:

“Yes, I was a victim of this. I had to go to therapy a bit after that.”