Watch: Ronda Rousey Rolls with BJ Penn in the Gi 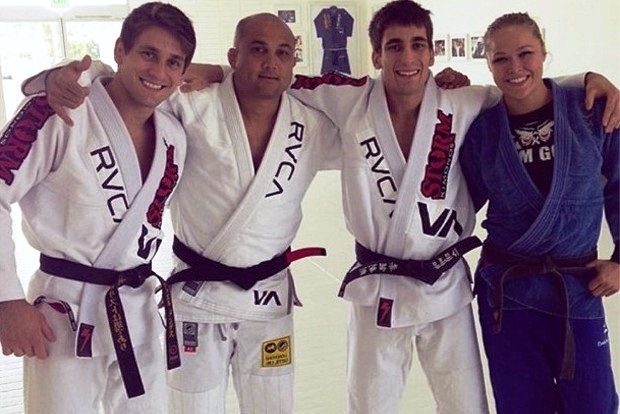 AOJ has a strict white gi only policy to prevent stains and colored scratches on their white mats. The rule doesn’t apply to Ronda as she wore her blue Gi.

The Olympic Judo medalist Rousey actually trained with Penn and the Mendes brothers  a few years back . This is what she had to say about the rolling session on her twitter account:

“I had some great moments training rounds with BJ Penn and the Mendes brothers. I learned a lot today.” 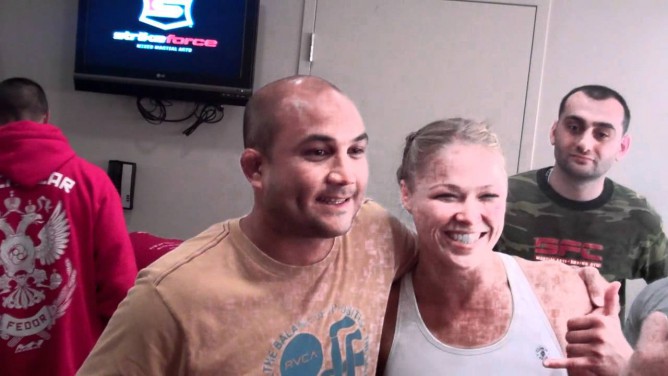