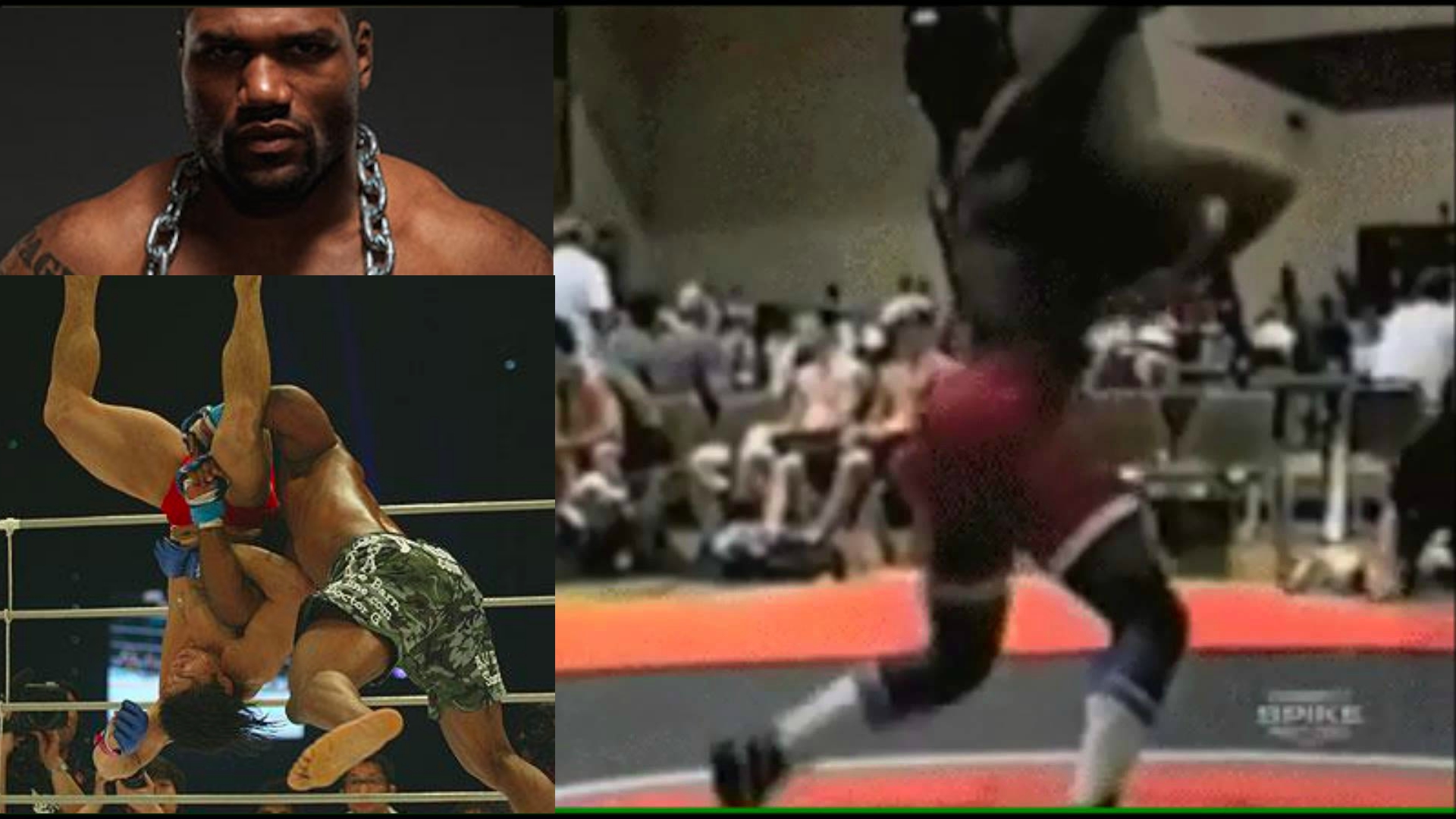 Quinton Rampage Jackson had his first experience with combat sports as a wrestler for Raleigh-Egypt High School, enrolling at the school as a 17-year-old freshman, where his career included All-State honors in his senior year after finishing fifth in the state tournament at 189 pounds. In high school Jackson also befriended fellow Bellator Light Heavyweight Jacob Noe, a karate practitioner who taught Jackson striking techniques, in exchange for wrestling techniques. Originally, Jackson intended to pursue a career in professional wrestling after graduating high school, but ultimately extended his amateur wrestling career at Lassen Community College in Susanville, California before being expelled after a fight with a teammate. After discovering mixed martial arts, Jackson trained in Las Vegas with BAMMA fighter Lewis Rumble.

Early in his career, Quinton Rampage was known for his amazing power slams.

He recently wrote on his instagram and shared this video:

“I see people are posting my high school wrestling video,and putting their tags on it.. Just so the Mma fan know,my name has been Rampage since I was about 8,and I’ve always power bombed fools (it was free style,and a legal take down. It was just that nobody has ever seen it before) the ref called it 5 points and a pen,but his coach complained and the didn’t give me the points”

Enjoy the best of Rampage’s slams in MMA: