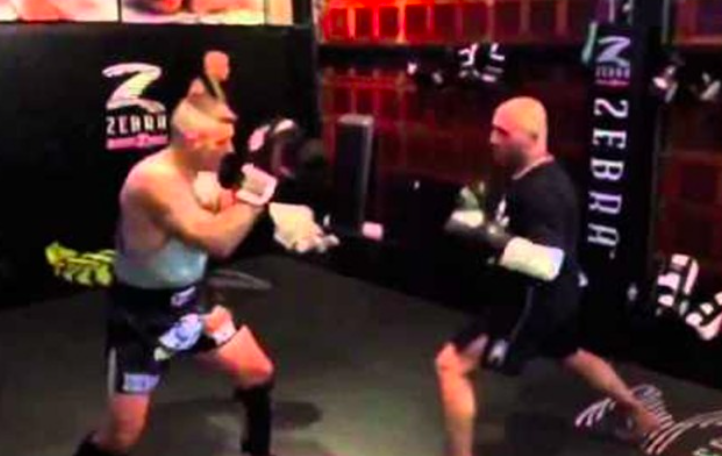 Joe rogan holds a black belt in BJJ and also in Taekwondo. He was national level Taekwondo competitor in his past and still has some good kicks.

During high school, Rogan was a trained taekwondo and gained a black belt at age 15. He soon became the Massachusetts full contact taekwondo champion four consecutive years. By the age of 19, Rogan won the US Open Taekwondo Championship and, as lightweight champion, went on to beat both the middle and heavyweight title-holders to obtain the Grand Championship.

John Wayne “The Gunslinger” Parr, also known as JWP, is an Australian middleweight Muay Thai fighter, kickboxer and boxer, fighting out of Boonchu Gym in Gold Coast, Queensland. He is a 10-time World Champion and runner up in The Contender Asia. 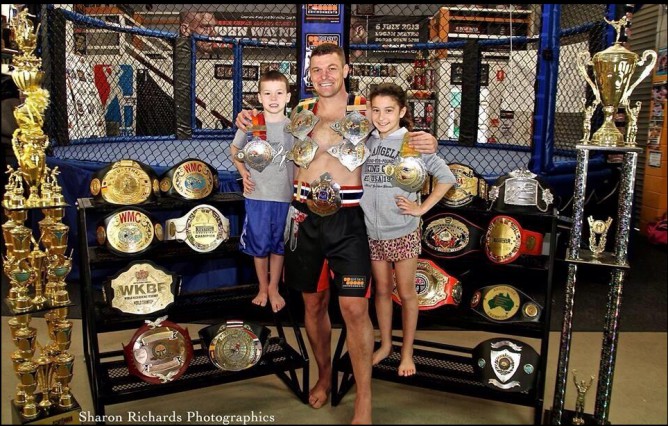 Just so everyone knows, this was just a fun morning doing pads and light round of sparring. There was no ego’s, just two Mates having a move around.

There were some nice exchanges and it’s interesting to see the clash of styles between the two martial arts.

Here is the video: