Watch How Different Jiu-Jitsu is when Sparring with Strikes 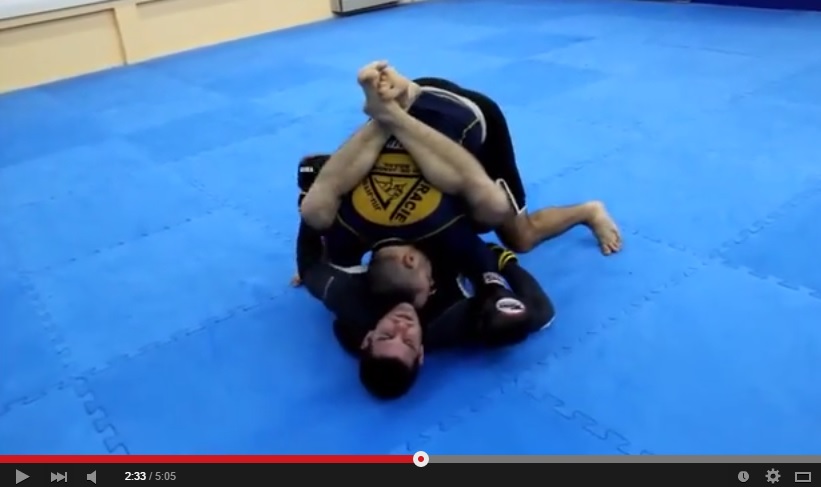 A Gracie Jiu-Jitsu black belt under Royler Gracie, Moshe Kaitz teaches Jiu-Jitsu the old fashion way: Defending against strikes. When you add striking, there is no room for most types of modern guard that may leave you exposed to strikes. 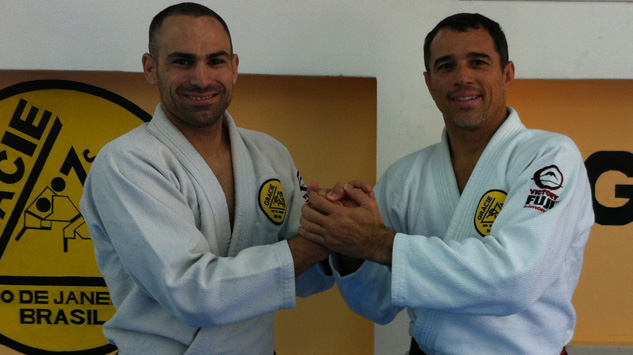 Check out this training report written by Raphael Levy for Jits.fr (original article in French) for when he visited Moshe Kaitz’s academy in Israel, and find out how they train:

I went to visit my brother in Israel on the occasion of the birth of my nephew. He and his family live in a small town in the north about thirty kilometers from Haifa. I’ve never trained in Israel and I was there for one week, so had to at least train once.

At first, I looked for a club in Haifa. I knew Patrick Bittan (french BJJ black belt) has affiliated clubs in the country and I have often heard of Ido Pariente, so this is the way that I explored first. So I first went to the Academy of Pariente located in Merkaz Hakarmel on the heights of the city. The Chief Instructor, Oren Levine was in Germany for a competition and so his students were running the class.

I arrived at the club after 45 minutes. A dozen students were present, including three blue belts and the rest of white belts. I was quite surprised, I was told that there are more people usually, but hey, it’s still better than nothing. Nice class, light sparrings. I talked with one of my training partners who asked me where I lived and he told me that there is a club in a kibbutz (village) close to where I was staying and that I should go check it out.

I learn that actually, it is actually just 3 minutes from where my brother lives, which is quite surprising given its geographical location. Without expecting anything special, I go to Kibbutz Ramat Hashofet two days later. I park in front of the academy and I see a guy with a purple belt that walking outside. I think to myself that he must be the teacher. I take my kimono under my arm, and as I’m getting closer to the entrance, I saw a guy with a brown belt. I say that to myself, he must be the teacher. I finally get into the room and I see two black belts! And then I wonder who is the teacher … In total, two black belts, three brown belts, seven purple belts , six blue belts for a total of 33 students of all ages.

So I present myself to Moshe Kaitz, head instructor of Gracie Humaita Israel, 1st degree black belt and student of Royler Gracie. He received his education in Brazil at the Gracie Academy and RGDA HQ (Gracie David Adiv) in the United States. He competed in numerous competitions, including the Rio State Championships and beating Hermes Franca, former world title contender in the UFC, in MMA in 2010. (links to his fight) 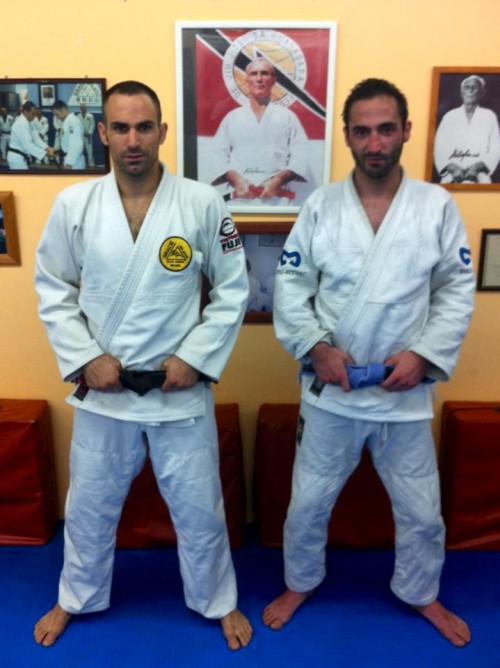 The training started with a standard warm up, and relaxed (it is very hot in Israel at this time of the year): sit ups, shrimping, some soft stretching, no cardio. And so we begin drills.

The first, starting upright, is to escape your opponent who has a double underhook and attack the legs while he tries to punches in the face.

Wait … what?? Did I hear right? He wanted me to avoid punches? Although not full blown and controlled, they were still mimicking blows to the face. I looked around me, whether I was at the wrong address. Portraits of Hélio Gracie and patches on kimonos reassured me. Being myself a former karateka, I thought why not, it’s interesting.

After a reversal of roles (the one who gets rid of underhooks attacks the face), and a technique to get the distance with a kick in the stomach, we returned to more familiar drills: Transition of side control position to north-south finishing off with a Kimura arm lock.

After drills and regular sparring, I was able to speak with Moshe at the end of the class and he told me about some of his training and teaching methods. For him, jiujitsu is a martial art, not a combat sport. He wants to convey the principles of Gracie Jiujitsu, which includes a large portion of self-defense. For him, a good fighter must know how to defend themselves, not just just on the mat but face stronger attacker in the street for example.

“What do you do if a guy thirty pounds more than you catches you in head-lock under his arm. The jiu jitsu you have learned in your academy will not help you. There will be no time limit, the techniques that will allow you to take points in competition will not save you. A Jiu jtsuka needs a very serious self-defense base. This is the most important element of my education. A real jiu jitsuka must be able to defend himself in the street against a much heavier attacker. Today, we are trying to play for points at all costs, and to consider jiu jitsu as any sport. I have nothing against it, everyone can do what they want and I understand it. I also teach jiujitsu as a sport, but it is for me, just one part of the art. In the end, I noticed that my students are not doing too bad in competition (they are doing very well even), but they also know things that most practitioners around the world will never learn. ”

I never imagined I would find such a high level of jiu-jitsu, but also so many people in a place like this. I didn’t yet have the opportunity to train in an academy where this type of method is taught. It was very interesting and I now know the address when I go to visit my brother next time.