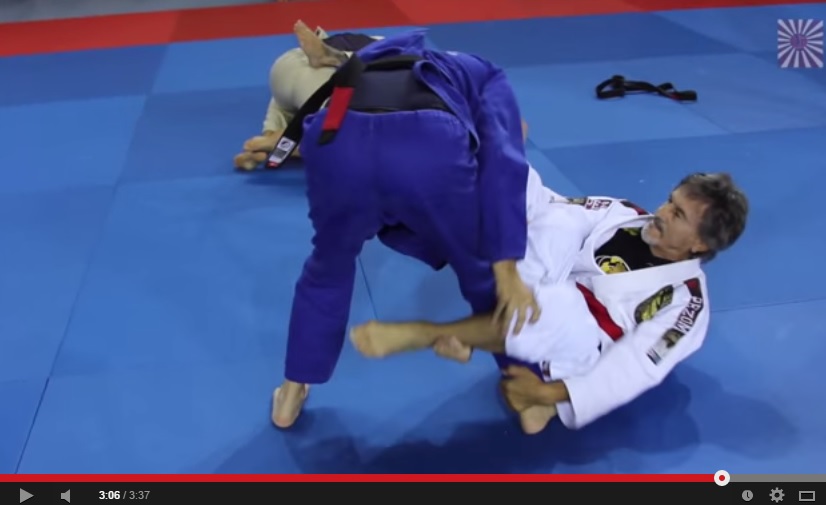 Palms sports in collaboration with the UAE Jiu-Jitsu Federation hosted it’s first seminar of the year 2015 to over 150 Black Belts. The Seminar showcased Brazilian Jiu-jitsu Red Belt Grand Master Hilton Leao along side White & Red Belts Master João Andrade Batista and Master Jose Adilson. The Seminar was a part of a development program of Palms sports in coordination with UAE Jiu-Jitsu Federation and Abu Dhabi Educational Council aimed at the coaches of the program.

He is the actual president of Liga Brasileira de Jiu-Jitsu and also the head of Leão Dourado Brazilian jiu-jitsu Association in Belo Horizonte, Brazil. Having originally achieved his black belt in brazilian jiu-jitsu in 1975.

In 2008, he received his 8th Degree on jiu-jitsu by the hands of the presidente of Federação Mineira de Jiu-Jitsu, Adair Alves de Almeida.

Master Hilton Leão is still an avid practitioner of the art. In 2008, with more than 60 years old, he fought Célio Caneca on the International Masters & Seniors of Jiu-Jitsu.

Fightlifestyle UAE was there to film and take pictures of the unique occasion. 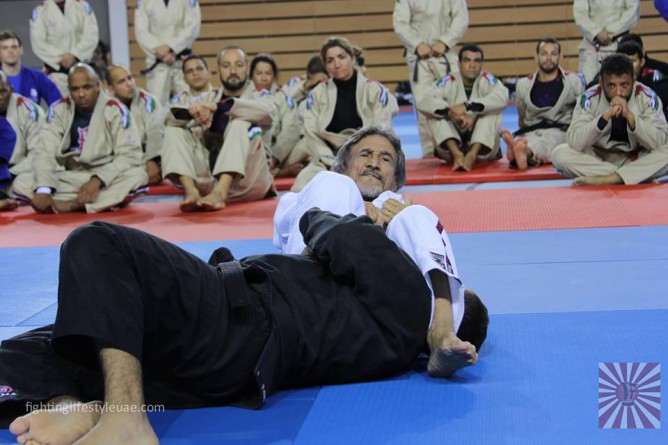