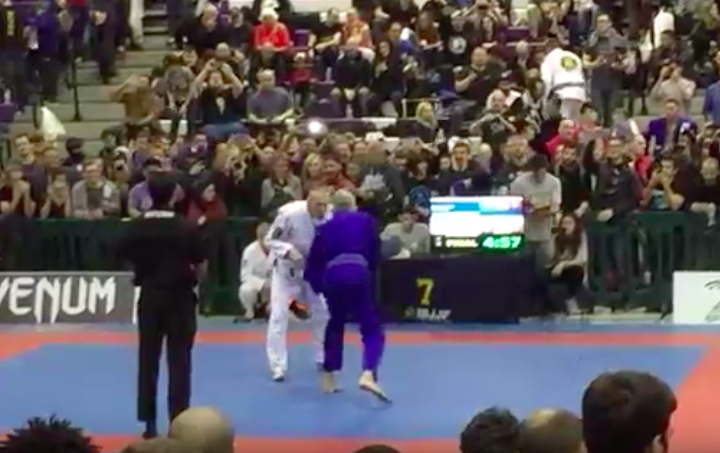 59 year old BJJ blue belt Anthony Bourdain is an American chef, author, and television personality. He is known for his 2000 book Kitchen Confidential: Adventures in the Culinary Underbelly, and in 2005 he began hosting the Travel Channel’s culinary and cultural adventure programs Anthony Bourdain: No Reservations and The Layover. In 2013, he joined CNN to host Anthony Bourdain: Parts Unknown.

Bourdain’s wife. Ottavia is a purple belt BJJ competitor. She trains twice a day. In September 2013, she convinced him to start training at Renzo Gracie academy in New York.

Bourdain took a big step in his Jiu-Jitsu journey and registered for IBJJF New York fall Open, which was held on April 9 & 10th in New York.

At 59 years of age, Bourdain competed in the Master 5 blue belt, middle weight.

Bourdain defeated Alexey Iskhakov (Mike Moses Competition Team) in the finals of his first BJJ competition. Bourdain received a bye to the finals when John Pantle of SAS didn’t appear for their match. 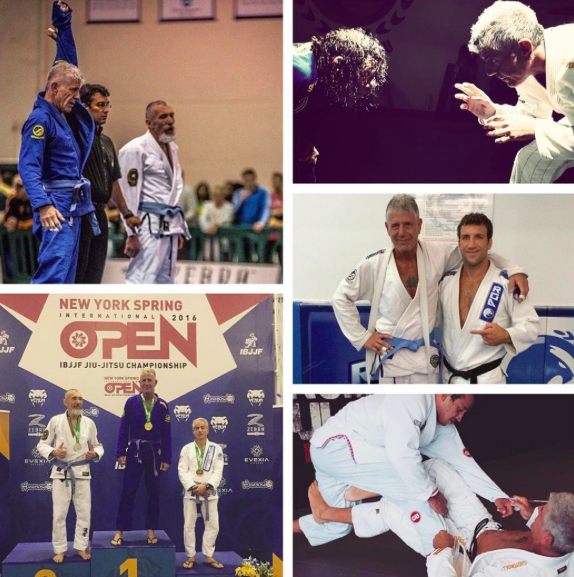 Here is the match. Check out the nice sweep