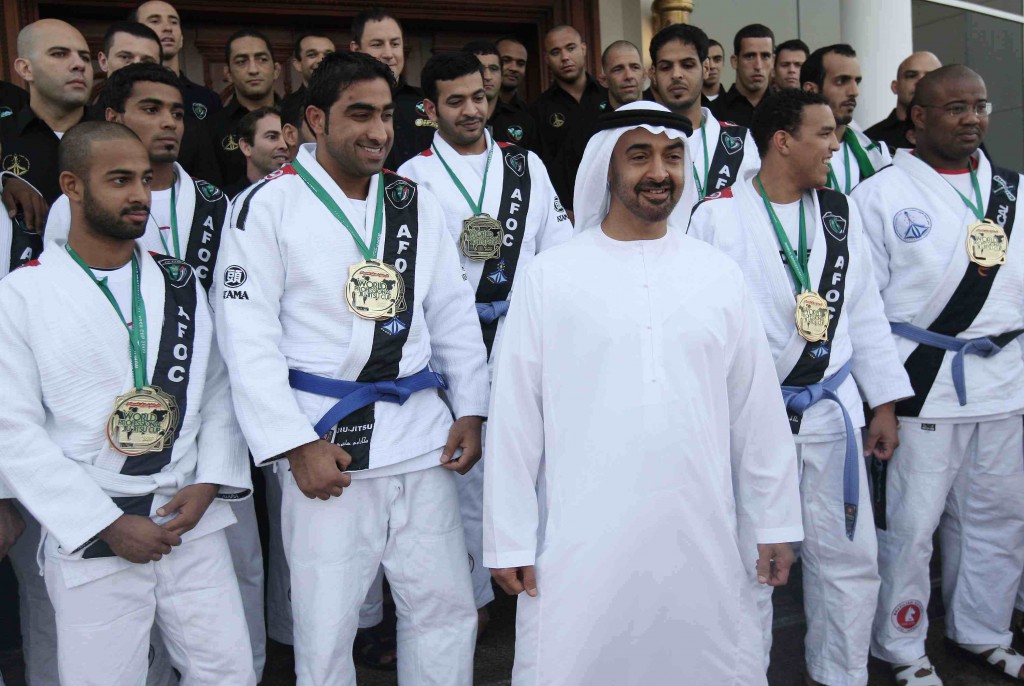 Sheikh Mohammed bin Zayed, Crown Prince of Abu Dhabi and Deputy Supreme Commander of the Armed Forces, is instrumental in the growth of Jiu-Jitsu on a local and worldwide level.

He developed the plan of of having Jiu-Jitsu taught at all UAE schools. A long-time advocate of the sport, Sheikh Mohammed has said more martial arts training centres are needed across the Emirates to provide facilities for those who practise Jiu-Jitsu. Sheikh Mohammed also issued instructions to sponsor distinguished Jiu-Jitsu players and urged the private and public sectors to support them so that they can excel and represent the country in championships. The directives include the sponsorship of talented players at schools and universities so that they can continue studying besides participating in the sport. 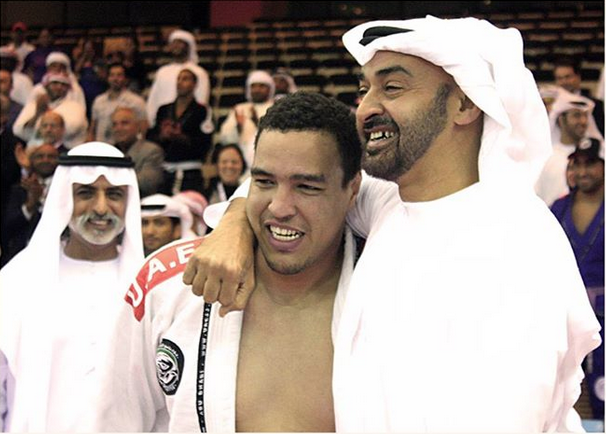 In this interview he explains the reason for him investing  millions in the growth of Jiu-Jitsu worldwide (World Pro trials in all continents and in his country). He noticed that his son’s attitude improved after training Jiu-Jitsu. That convinced him that if Jiu-Jitsu can change his son then it can change his whole country. He also says that he also trains Jiu-Jitsu.