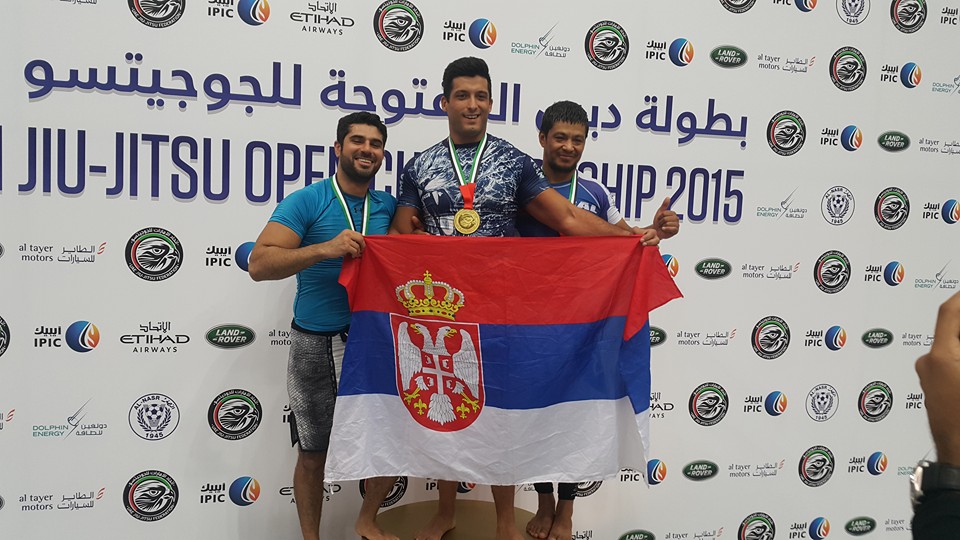 Day one of the UAEJJF NO GI Dubai Open Jiu-jitsu Championship 2015 took place at the Al Nasr club where participants from all levels went head to head. The tournament was under the patronage of His Highness Sheikh Hamdan Bin Mohammad Bin Rashid Al Maktoum and hosted a total number of 200 participants from various nationalities. The second day of the Dubai Open will consist of the GI tournament which will be in accordance with the UAEJJF’s international ranking system.