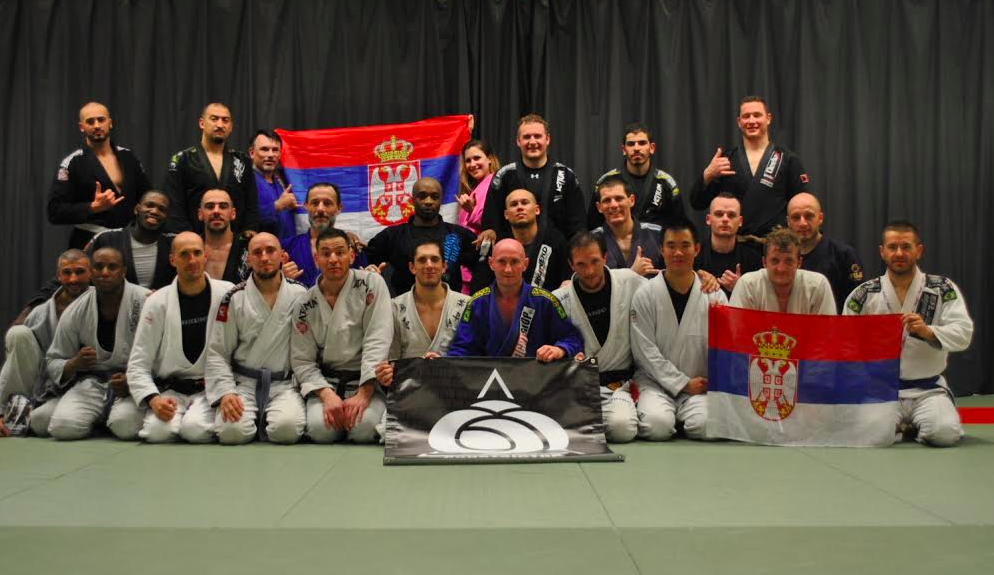 My teammates and I decided to attain one of holy grails of the BJJ world and travel around the world for a certain amount of time visiting different academies and training with various people. This wasn’t a trip to Brazil, but we visited some of the clubs in Continental Europe. This trip was a dream tour for my team, Constrictor Jiu Jitsu Team, five of us went for seven-day long trip around Europe – Constrictor on the Road Euro Trip. By the kind referral of Guillaume Huni (the owner of BJJEE) who is half French, our first stop was the Gokudo Jiu Jitsu academy in Paris. 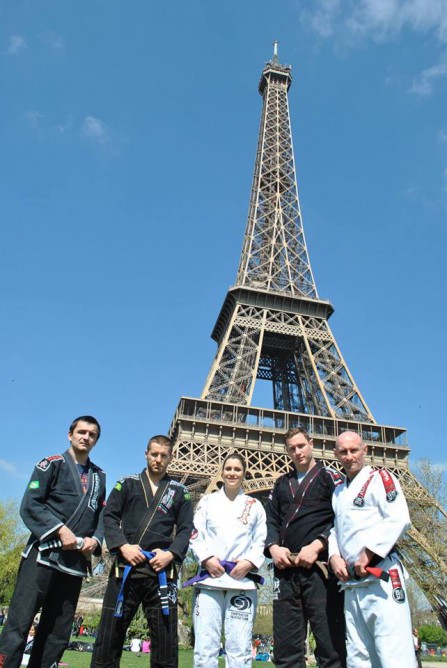 members of Constrictor Fight team from Serbia, in Paris, France

After about a 1700km drive across Europe (we started our trip from Kula, Serbia), we arrived to Paris to meet and train with some of best French jiujiteros. Gokudo BJJ is run by the Olivier brothers, three black belts formerly under the Checkmat flag. Gokudo BJJ is located at multiple gyms in Paris, but we trained in the gym located in Gennevillers, a residential part of Paris. This gym has around 300m² of judo tatami, and the general facilities are top-notch, certainly one of the best I’ve seen.

The atmosphere in the club is really friendly, as expected of a Jiu Jitsu club, and we were welcomed as teammates and felt at home. One of the first things you notice at the academy, is that they have a large percent of higher belts (purple, brown, and black), which almost constitute a majority. We had the honor of being at the same training with five or six black belts, and a large number of brown and purple belts, so the quality of good rolls was certain.

The training format wasn’t a typical open mat atmosphere, so we had the chance to pick up some techniques presented by one of Olivier brothers, Thibaut. Thibaut is the main coach as I could notice, and he has amazing skills, and is one of the best French black belts and an active competitor on the French and European scenes. The techniques for that week were focused on the 50/50 guard game shown with great detail, so it was worth coming to the training if even only for that. 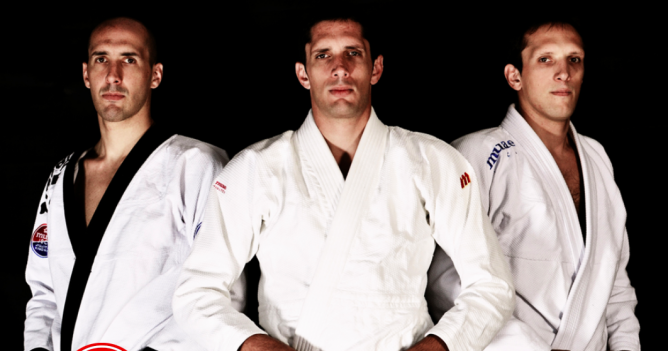 The Olivier brothers, all three are BJJ black belts

After the techniques and the drilling session, the sparing session started, and my general feeling is that these rounds confirmed my new belt (I was promoted to a blue belt a few days later in Luxembourg). I had the chance to roll with top brown and purple belts, which is always lacking in Serbia, because BJJ in Serbia is still in a growing phase. You can experience a strong modern Jiu Jitsu at this academy, and it was a refreshing thing to compare to our team’s more old-school approach (strong passing game, pressure BJJ).

After three trainings at this gym, I can say that it was a great pleasure to meet these guys and roll with them, and we will visit again for sure in the future, and perhaps some of the guys will visit Serbia as well.

If in Paris, don’t miss this gym for training.

After our Paris adventure we headed on to Luxembourg, coming in part two of this report.