Tim Spriggs’ Unusual Method For Strengthening His Grips for BJJ 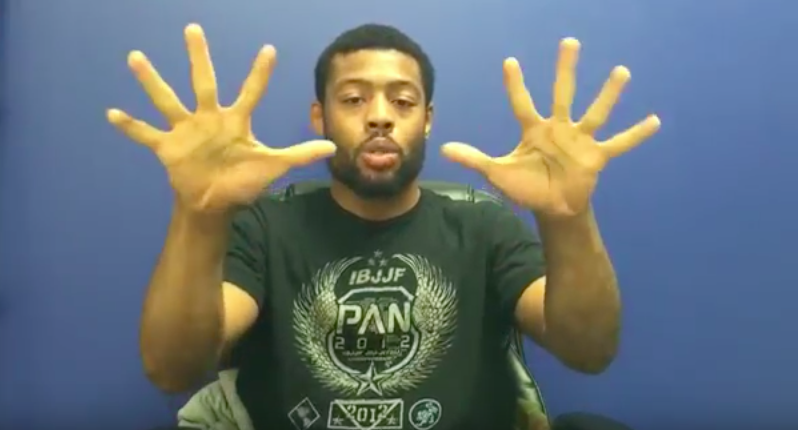 Why is Grip Training Important:

Grip training is where it all starts, going back to the fundamentals. The first point of contact in any fight is the grip. How can you win a fight if you can’t hold onto your opponent?

How do you grip train?

This type of training often overlooked by BJJ players. Grabbing metal bars at a gym isn’t exactly the same as grabbing the sleeve of your opponent’s kimono in a fight. And it is not exactly subtle to carry and wrap a giant kimono around those bars, which is also extremely dangerous.

BJJ world champion Tim Spriggs is know for his trademark ‘Trainwreck’ throw. The set up is: He goes for a Kouchi foot sweep, forcing his opponent to take a step back, then he covers the opponent’s shoulder with his lapel to unbalance him. When he throws, he drops on one knee. 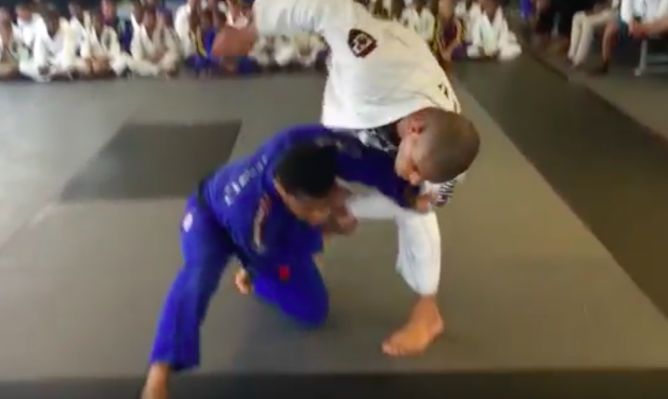 This kind of throw requires tremendous grip strength. Spriggs in this video shows his secret grip training routine which is much more simple than what you’d expect.