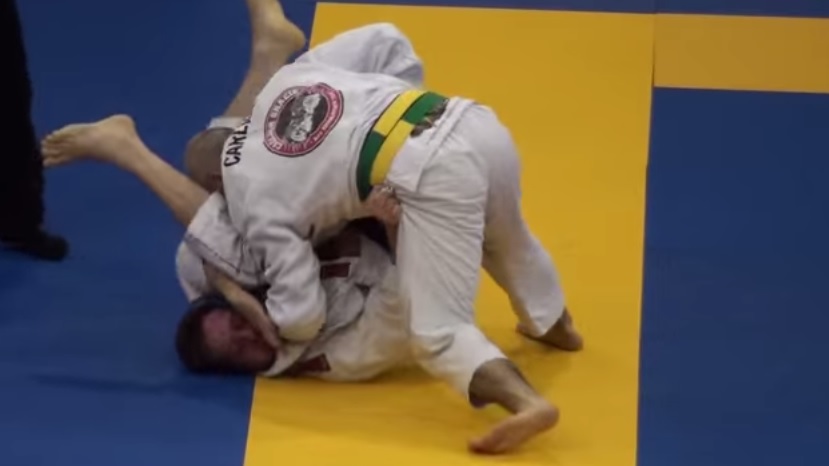 The basic single underhook pass is one of the most simple but devastating techniques in Jiu-Jitsu. It may look like your setting yourself up for a triangle choke, when you are really just baiting your opponent to pass or stack his guard and submit.

I remember sparring with a Simon Hayes, black belt instructor from Carlson Gracie London a few years ago. His specialty was fighting on top in the opponent’s close guard. He was a master in the single under hook pass and he would nail everybody with it. The thing is, he would bait the opponent by putting his right arm inside the opponent’s legs so that he would go for a triangle. But Simon was a master at placing his body in such a way that he would already be working on a pass before the opponent could close his triangle. He usually finished with a choke or guard pass. This is a move that he drilled and trained for years and he mastered it.

Simon actually told me that he learned this technique as a white belt from none other than Royce Gracie! He’s been refining it for all these years.

In this video of Simon at the Europeans you can see what I mean. From 3m22s, you can see the baiting and the pass, and submission.

Lucio Lagarto teaches a basic version of the pass without the stack: