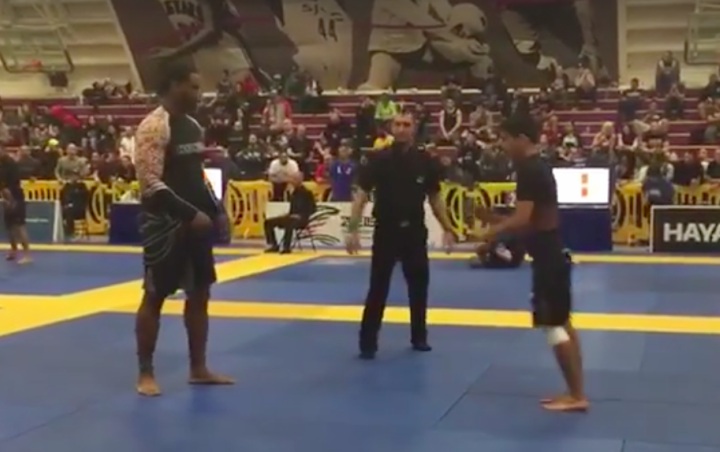 Here is a great example: a Brown belt match between Carlos Saquic Perez, a rooster weight and his ultra heavyweight opponent. After being tossed around in the beginning, the little guy comes back and uses beautiful Jiu-Jitsu to dominate the big man and get the tap!