The Art of the ‘Brazilian Tap’ aka The Fake Tap 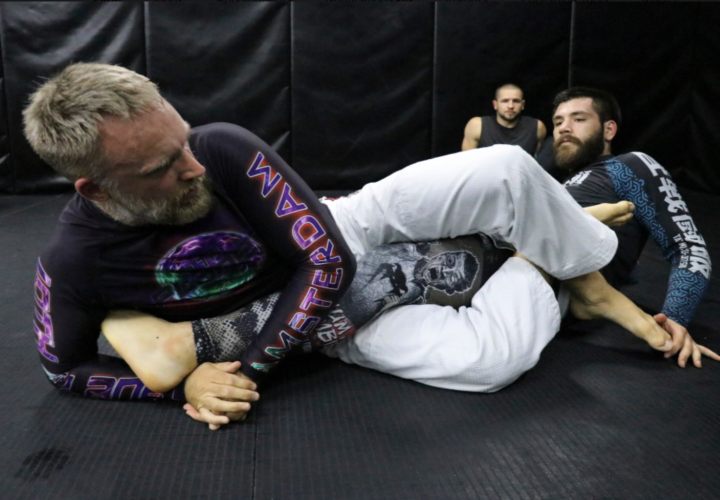 A ‘Brazilian Tap’ or a Fake Tap is the act of tapping out just once, or tapping discretely out of the referee’s field of vision, in order to get out of a submission (so the opponent lets go of the hold) and then carrying on fighting and hoping to continue the fight and win.

It is a subtle form of cheating and is frowned upon within the MMA and BJJ communities.
At UFC 117, when Anderson Silva caught Chael Sonnen in an triangle choke submission, Chael executed the “Brazilian tap” in hopes that Anderson would let go of the triangle. but the referee saw it clearly and Chael tried to keep fighting but the ref was having none of it and Silva won the fight.

In BJJ the ” Brazillian Tap” is an old trick they do in Brazil. One way of doing it is to discretely tap under your opponent’s Gi jacket so that they let go of the submission.

Of course, everybody does it, not just Brazilians.

In the UFC championship fight between Murilo Bustamante and Matt Lindland, Bustamante was the one who was a victim of the Brazilian tap. The Brazilian jiu-jitsu veteran first locked in a submission on Matt Lindland and while it appeared he tapped out, causing the referee to stop the action, Lindland protested the call before it was decided to restart the fight! Bustamante, ended up finishing the fight in round 3 with a guillotine choke in the third round. 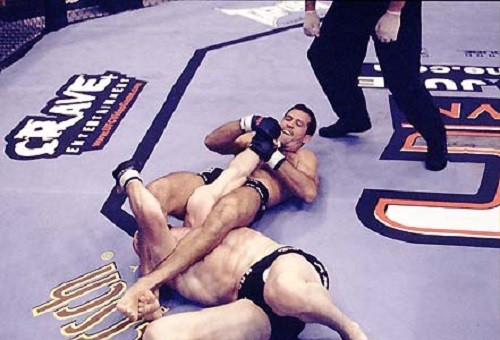 Chael Sonnen completely dominated Anderson Silva at UFC 117, but in the last few minutes of the 5th round Anderson Silva pulled off a hail Mary triangle choke on Sonnen. Some MMA fans believed that that the ref stopped the fight too early, or that Sonnen didn’t tap. Sonnen used a classic example of a ‘Brazilian tap’ that he probably learned from team mate Matt Lindland.

He used the same sneaky move against Paulo Filho. Look from 12:15

A brilliant example of a evolved ‘Brazilian Tap’ in BJJ, using amazing trickery: