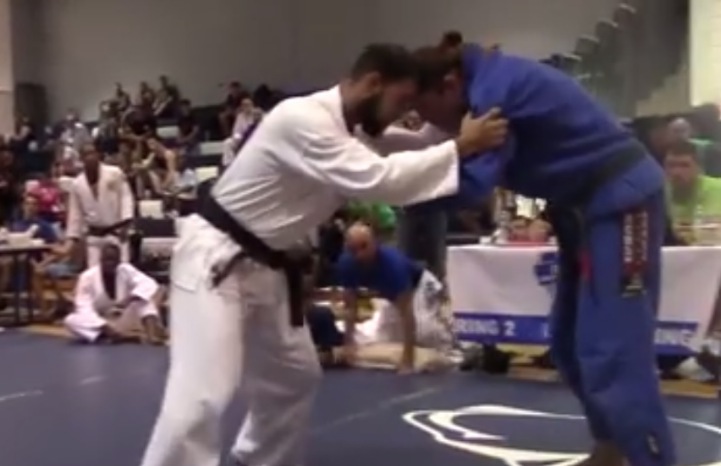 What happens when a TKD black belt enters the black belt absolute of a Brazilian Jiu Jitsu tournament?

Disclaimer: TKD fighter was given the opportunity to not enter the BJJ black belt division since he did not hold a BJJ rank. Cam was not trying to prove a point, being over aggressive or competing with intent to injure. The Tae Kwon Do fighter had plenty of time to tap out. He lost but was a nice guy.

Jiu-Jitsu tournament advertised “Black belts compete for free” and a Taekwondo Black belt showed up and insisted on competing even after he was advised by the promoter it was not a good idea. Make matters worse he draws a high level BB in his first match!

“As the event director , I didn’t think “TMA black belts” would actually show up and want to compete.

So when this individual showed up that day I tried to discourage him from competing in the division… But we had already promoted that “black belts” could compete for free.

Looking at the other competitors in his division, Cameron was going to be before his best chance to not get I completely destroyed & at the same time seeing what a real black belt can do!

Since this tournament… Anytime we’ve allowed “black belt” to compete for free… We are specified that is for Brazilian Jiu-Jitsu Black Belts only!”