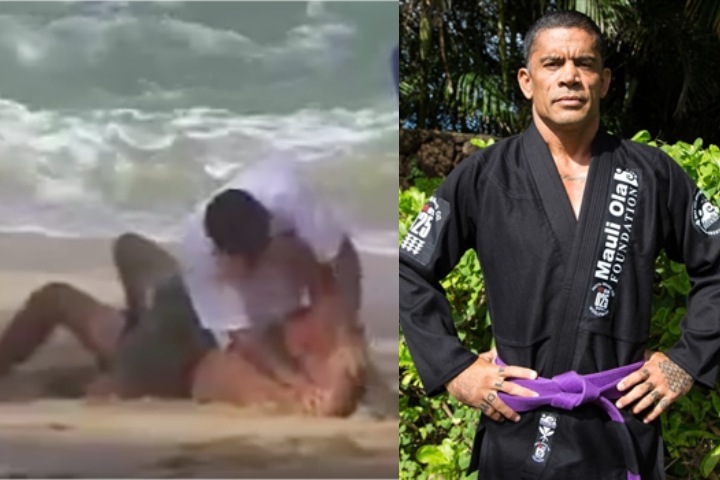 Eddie Bravo might think that BJJ is the ultimate douchebag filter, but this proves that it’s not the case…

A blonde surfer interrupted a surf competition in Hawaii, after been asked multiple times to leave, the local surf gang decide to take matters into their own hand. The blonde surfer is then greeted by a Hawaiian surfer with BJJ skills at the beach.
The blonde guy took a terrible beatdown.

The assailant’s name is Kala Alexander. He is a local enforcer on the North Shore and was in the movie Blue Crush. The guy who fought in the water, Kainoa McGee, trains under BJJ black belt Kai Garcia (he is the guy on the jet ski).

There are a couple of variations of this video. In one you can hear his buddy telling him to go for the armbar and that he would break the kid’s nose if he didn’t let go of his hold and take his beating.

In 2001, Kala Alexander moved to Oahu and the North Shore, he discovered that the popular surfing location, Banzai Pipeline, suffered from disorganization and lack of respect in the surf lineup. Alexander and Kai Garcia co-founded the Wolfpak, a surf gang, which is mainly composed of surfers from Kauai. Alexander is the enforcer of the group, who believes in preserving the value of respect to the experienced surfers, those who are native Hawaiians, and to protect surfers from the area’s life-threatening waves. Alexander has beaten people up on multiple occasions for dropping in on other surfers. 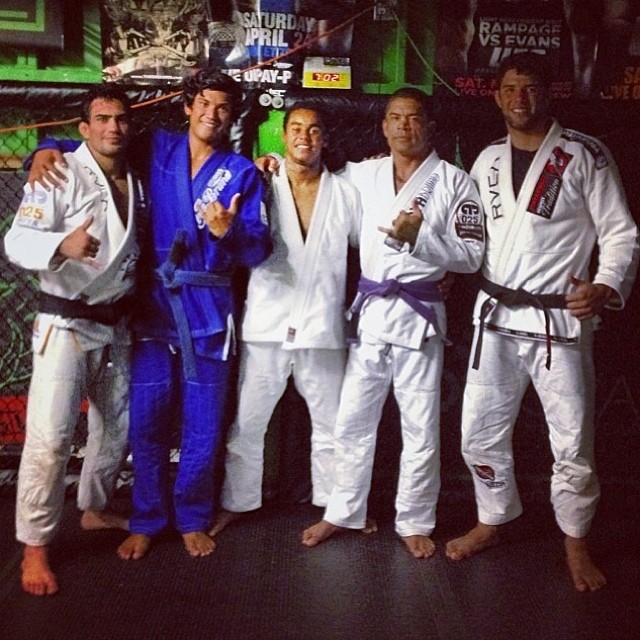 Asked how he might deal with “foreigners” who annoy him in the water, Alexander said recently: “Maybe I’d paddle up to you, tell you to go in, or take off your leash [a cord used to attach a board to a surfer]. Later I’d find you, or a few of the other guys would, and you’d be taught a lesson.”