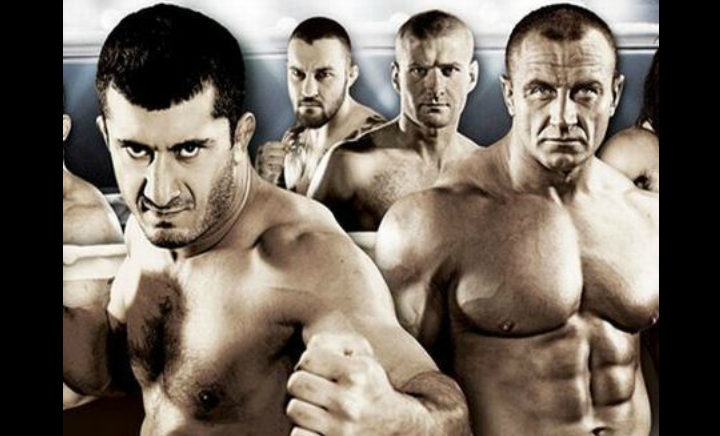 World famous strength and conditioning coach and BJJ black belt Steve Maxwell tells Joe Rogan about his views on why Eastern European fighters are so tough. He also goes into their training methods.

As a foreigner who has lived in Eastern Europe (Serbia) for 13 years, here are my personal views on the matter:

Why Eastern Europeans have all the physical attributes to dominate BJJ and Grappling.

Have you ever wondered why the Eastern European countries dominated the Olympics in wrestling and weightlifting? Also why international strongmen competitions have been dominated by Scandinavians and especially by Eastern Europeans like Mariusz Pudzianowski of Poland and Vasyl Virastyuk from the Ukraine? Ever ask yourself why their athletes always looked prepared for battle and if you could look into their eye knew that they were going to win no matter what the challenge was.

This is my theory that Eastern Europeans as a whole have a fighting DNA in them that makes them naturally stronger and braver than western European and Latin countries like France, Spain, Italy or Portugal for example.

For the past 13 years, I’ve been living in Belgrade, Serbia. The first time I trained BJJ in Serbia was during the summer of 2003. Back then I was living in Paris and was blue belt training for a good 2 years. I came to Belgrade on vacation with my Serbian girlfriend (now my wife) and began training on my second day there. The training was the same format as what I had already experienced in France and in Brazil… until we started the sparring part. The first guy they paired me with was smaller than me but man was he strong. He also had this style where even though you would pass his guard, he would never give up and would always fight to recompose, so sparring with him was really challenging. With the next two guys it was even worse; they had an aggressive style that I had rarely experienced before. It might have been the fact that I was a foreigner visitor to the club, and that they were going competition mode with me. I immediately saw that sparring with this these strong Serbs was like nothing I had experienced back in France. Even in Brazil, I had noticed that many guys would spar really light as if they were really trying to focus more on the technical and flowing aspect of rolling.You may think that this is just a stereotype, but let me show you what I mean in this short article.
In the 35 years that I’ve been on this earth I have traveled the world numerous times as a child when my father was transferred to different countries for his job. As an adult, I was also transferred by my company to various countries, and also traveled around a lot as a tourist. It’s fair to say that I have met all kinds of cultures and people. Whenever I traveled, I always made it a point to bring my BJJ gi with me and to either train or compete.

To make a long story short, I eventually ended up moving to Serbia and these guys became part of my team and in some ways part of my extended family. When you train everyday with such athletic guys, it can only make you tougher and improve your BJJ. Among my training partners in Serbia I consider myself average in terms of pure strength. Of course technique is a different story as I’m among the higher belts in the club.

One thing that really hits me whenever I travel and train outside of Eastern Europe, is the difference in athleticism of training partners in the academies where I train in compared to my academy back in Serbia. Every time I go to visit my mother in the Philippines, I train there as much as I can. Filipinos in terms of Physical attributes are the polar opposite of Eastern Europeans, they are usually very small, physically weaker, but have great cardio and are quick and technical. In the Philippines, believe or not my relatives call me “the Giant” At 1m86 and 86 kilos, I’m just normal sized in Eastern Europe, but in a country like the Philippines where the average male height is around 1m70, it’s fair to say that I’m a head or two taller than the rest. The thing is, over there, the guys my weight are really not that strong when I compare to what I’m used to. There are exceptions of course (Ali Sulit of Atos BJJ Philippines is strong as a bull and weighs the same as me).
It’s the same story when I train in the country of my father, France. I notice a huge difference in power compared to what I’m used to in Eastern Europe. I’ve also trained and competed in Spain, the UK, Belgium, Portugal and Brazil and noticed the same thing.
The only other part of Europe where I think that people are just as strong as Eastern Europeans are the Scandinavian countries. The fact is that they largely dominate the BJJ scene in Europe (look at their results at the European championships in BJJ). But when you think about it there is a theory that Slavic People which make up a big part of Eastern Europeans, originally came from Scandinavian countries like 2,000 years ago (the Rus people).
What makes these people so strong an athletic you may ask?
Three main reasons are being pushed to explain the success of Eastern European fighters.
1. Eastern European nations have great sports and combat sport programs. It seems like every Armenian or Chechen I meet has either wrestled, trained judo, boxed or done karate. Of course every country has different sports in which they excel but as a whole I think more people in this region grow up doing sports than in Western Europe or the US.
2. Fighters from the former communist countries grow up in tougher environments than fighters from Western Europe or the U.S.
3. The Eastern European diet is comprised of a lot of meat, potatoes and generally food that makes you big and strong.

The first two reasons are partly correct. The former Soviet bloc countries have great sports programs and coaches. The best amateurs usually make the best pro fighters.
The second reason is also partially correct. The wealthy Western Europeans have an economic system that has softened the youth, not used to hardships. Listen to this quote about his childhood in Russia from Pride Fighting champion Fedor Emelianenko:

“Years ago we hardly had anything to eat. Now I earn more money and see every opponent as a man that tries to put me back to that poorer period. That man has to be eliminated.”

Can even the toughest fighters in the ghettos of Western Europe say the same thing? As much as they complain, Western Europeans never have to worry about where their next lunch is coming from. Indeed, the obesity rate for Western Europeans is much higher than for Eastern Europeans.
This brings us to the third point about the diet. The Eastern European diet is known for being composed of lots of meat, potatoes, bread and not so much fruits and vegetables. Of course not everybody eats the same but I’m talking as a whole. These are heavy foods that can make you big and strong. Compare that with the food that Asians eat: little meat, rice, and a lot of vegetables. Also Asians that grow up in Asia and eating typical Asian food are usually smaller and weaker than Asians that grew up in the US and Europe eating European food. Eastern Europeans are usually much taller and bigger than Western Europeans. In Serbia, for example it seems like every second guy is over 2meters tall. I think that this is a result of the diet over generations but also from their strong Slavic DNA.

So I hope that you enjoyed the article and are now convinced by my theory that Eastern Europeans have all the physical tools to succeed in combat sports. Let’s see this boost the results in BJJ for our Region