Selfie Stick Self Defense Being Taught by Martial Arts School 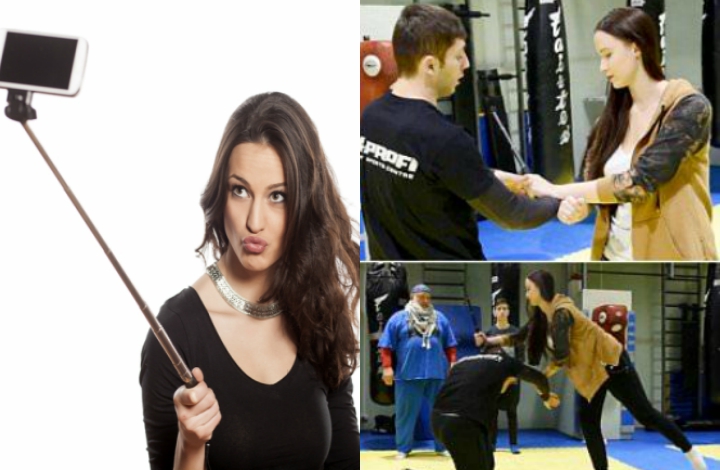 Learning how to fight with the popular picture-taking device could help tourists fend off potential pickpockets according to the a self defense school in Russia.

Forget ninja stars or nunchakus as the martial arts weapons of choice because a new deadly device has entered the game – the selfie stick .

Unlike other martial arts weapons, the selfie stick is completely legal and can even be carried on aeroplanes according to organisers of a new martial arts course.

The organisers say they particularly want to offer “Monopod Fighting” to tourists and people who travel widely as the sight of an expensive smartphone on the end of the stick is often a lure for thieves.

Managers at the martial arts centre M-PROFI, which is located in the Russian capital Moscow, say the course has been packed out every lesson since it started.

Spokesperson Daria Lapshina said: “Unfortunately very often a selfie-stick is the only weapon a tourist has when travelling abroad, and it has the advantage of often being at hand.

“A pepper spray or a stun gun in the handbag might also be effective, but by the time you’ve dug them out it will already be too late. A selfie stick on the other hand can be used instantly.”

The course includes five classes and trainers say that the basics of monopod fighting can be passed on in just 15 minutes.

The organiser added: “It presents many challenges because if you have a selfie stick in your hand, and an expensive mobile phone on the end of it, it might achieve the desired effect to beat the attacker with the phone end, but you smash the phone.

“We teach people to use the handles if the selfie stick has a phone attached, and it is a very effective defensive weapon.”