Self Defense: Learn How To Defend The Dreaded Full Nelson Using Jiu-Jitsu 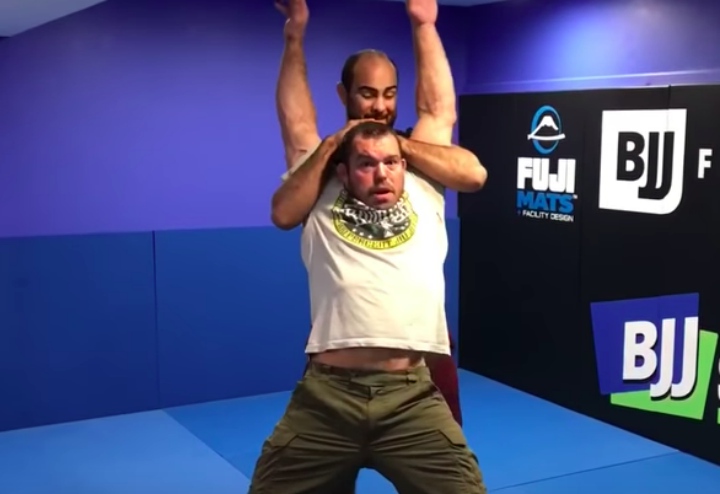 The full nelson (sometimes called a double nelson or a double shoulder lock) is done by performing half nelsons with both arms. In collegiate, high school, middle school/junior high school, and most other forms of amateur wrestling, the move is illegal. The holder is on the back side of the opponent, and has his or her hands extended upwards under the opponents armpits, holding the neck with a palm-to-palm grip or with interlaced fingers. By cranking the hands forward, pressure can be applied to the neck of the opponent.

The usage of the full nelson in combat sports is very limited. It is a secure hold which can be used to control the opponent, but does not allow for finishing action, such as pinning the opponent, executing a reliable submission hold, or allowing for effective striking. Because it can be used as a limited neck crank, it is considered dangerous in some grappling arts, and is banned, for instance, in amateur wrestling. The move can be used in the street in a self defense situation.

In this video, BJJ black belt Marcos Schubert shows us how to break the grip that is on the back of your head. You need to have a strong base and low stance, make sure you’re head is tilted back, break the grip and then do the regular defense like when your opponent has your back grabbing your waist.