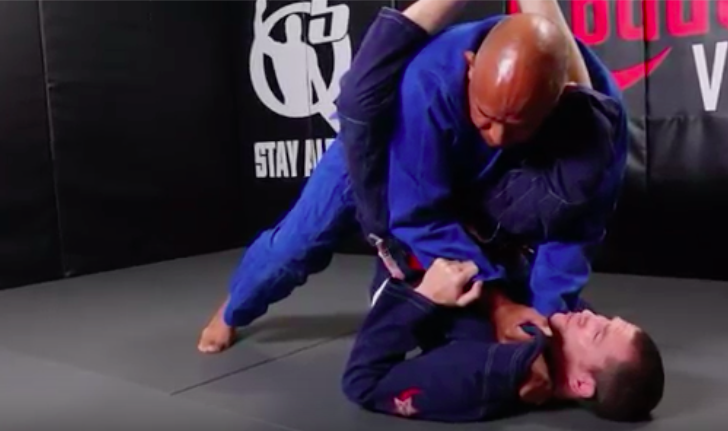 Roy Harris is an accomplished American martial artist, known in the Brazilian jiu jitsu world for being a black belt under Joe Moreira and is often (wrongly) mentioned as a part of the “BJJ Dirty Dozen“, the first group of 12 non Brazilian men to have been distinguished with the rank of black belt in this grappling style. Roy Harris is also known as one of the first instructors to publicly publish a formal testing criteria for jiu jitsu, formalizing his promotion tests from white belt to black belt.

Roy Harris was a guest on the popular show ‘This week on BJJ’, where he showed his infamous smash pass: the single underhook pass. This technique uses a tremendous amount of pressure.

The basic single underhook pass is one of the most simple but devastating techniques in Jiu-Jitsu. It may look like your setting yourself up for a triangle choke, when you are really just baiting your opponent to pass or stack his guard and submit.