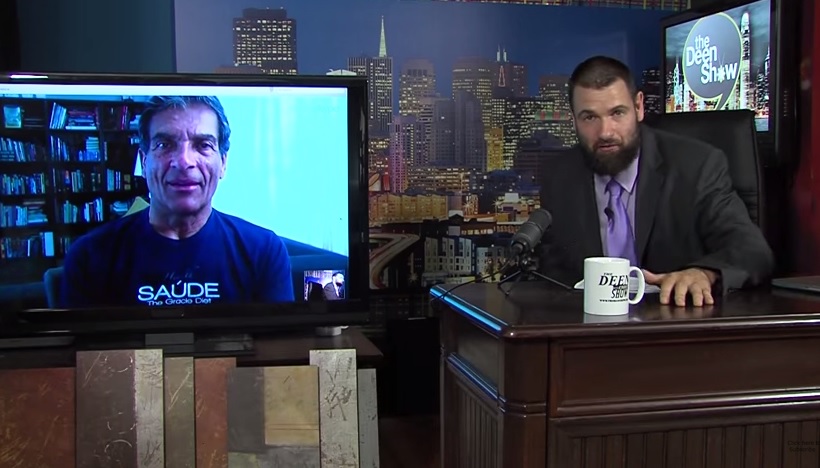 Founder of the UFC Rorion Gracie who holds a 9th degree red belt in Gracie Jiu-Jitsu, was recently a guest on the Dean Show, a popular Islamic TV show.

Rorion and the Gracie Family are responsible for the tremendous explosion of Brazilian Jiu-Jitsu around the world. Rorion Gracie is also the author of the book “The Gracie Diet” and on this weeks Episode he gives Muslims some great advice for eating right during the time of Ramadan, and beyond.

The Gracie diet is similar to the guidelines of Islam: No alcohol and no porc.

Ramadan is observed by Muslims worldwide as a month of fasting to commemorate the first revelation of the Quran to Muhammad according to Islamic belief. This annual observance is regarded as one of the Five Pillars of Islam. The month lasts 29–30 days based on the visual sightings of the crescent moon, according to numerous biographical accounts compiled in the hadiths.

Watch Rorion Gracie’s advice to Muslims during Ramadan (Starts at 28:34)