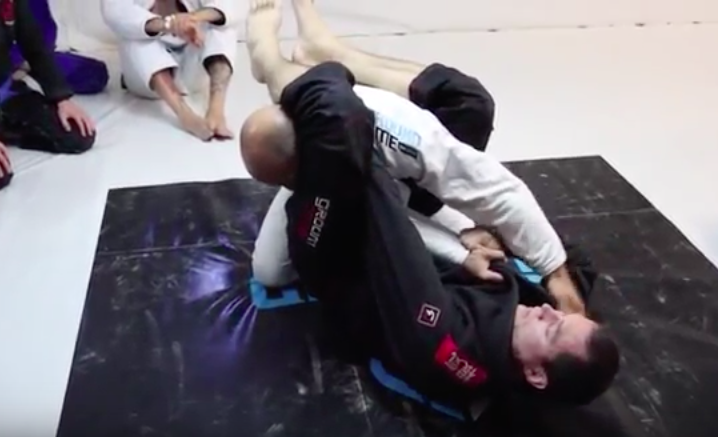 The 3 time absolute world champion at black belt Roger Gracie has been retired since last year, when he capped off his amazing career with a submission win in a superfight on his biggest rival, Marcus ‘Buchecha’ Almeida.

Buchecha mad the mistake of defending the hooks instead of the hands which were creeping up on his neck and Roger Gracie was able to choke him out.

Roger is famous for his simple and effective style of Jiu-Jitsu which is efficient because of his superior way of using the fundamentals of Jiu-Jistu.

At a Seminar at Dragon’s Den academy in Poland, Gracie showed a game changing detail in his set up for the armbar from guard: