Robson Moura On The Evolution of Jiu Jitsu 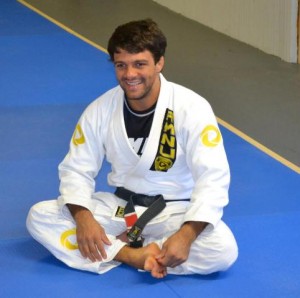 Some of us have been training for just few weeks and others for several years. No matter how long you’ve been hitting the mat, the art and sport of Jiu Jitsu evolves, and we can’t help but evolve with it. What was the norm a decade ago is not necessarily an every day occurrence these days, but only those who really witnessed the change and evolution of Jiu Jitsu are able to talk about the true progress of the art.

He started training at the age of 10, and from the very beginning he was viewed as one the best and the future of the competition arena. However, success never comes without hard work and dedication. After years on the mat, gallons of sweat left behind, and multiple World Championships, Robson Moura talks about the evolution of what some call Art and many refer to simply as the Jiu Jitsu Lifestyle.

Competition rules, training, and preparation, as well as loyalty to your team are just some of the things Robson talks about.