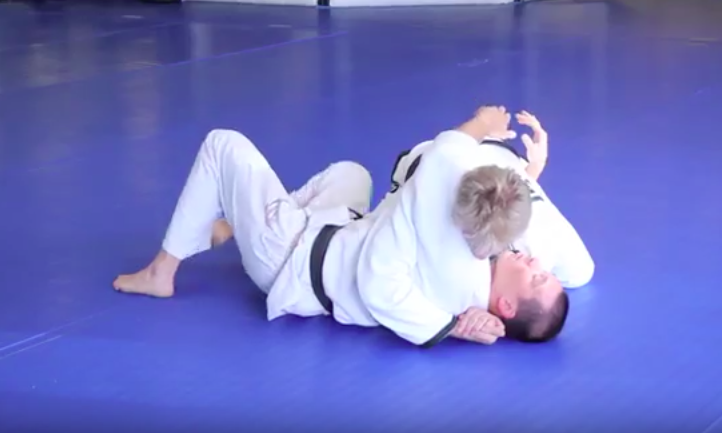 Henry told BJJEE about what he learned from Rickson about how to escape anybody’s cross side position. Never, ever, get stuck on the bottom of side control again…
even with big guys… especially with big guys!:

“First things first…. Rickson sees and does things different than the average Joe.

And in turn… just like every other position we see, engage with and refer to this position is seen differently as well… from here forward its not “side mount” its “Cross Side”…

I’m not saying this to debate semantics just to avoid any confusion.
When most people say “side mount”, Rickson, Myself and my Students say “Cross Side” and inside this Cross Side Escapes Course you’ll get to see first hand WHY we see the position DIFFERENTLY.

By far the most common question I get asked is… “Henry how do I get out of side control when I’m stuck there?”

Even to this day I have Brown and Black Belts ask me this question not just white belts. The answer is simple yet complex.

The first point to understand is that if you’re EVER getting put flat On your back something is WRONG and that fundamental flaw in your Jiu Jitsu needs to be FIXED immediately.

Its understanding this ONE fundamental that:

A. Lets you avoid getting Stuck on the bottom and

B. Reverse engineer your way to escaping when you do.

If it works to save your life you can bet your last dollar it’ll win you a tournament.

The TRUTH about the cross side (side control) position is your Opponent THINKS he has ALL the advantages. And while it is Certainly the dominant position in the exchange there are weaknesses in the position that very very few people in Jiu Jitsu know how to exploit.

This is not some “theoretical idea” about cross side. What I’m saying is this…

By using the tools and escapes in this module I GUARANTEE your regular training partners will Start to AVOID trying to put you in cross side (side control).

My “Crow Bar” Side Control (Cross Side) Escape System” is exactly what you’ve been looking for.

• -Nobody’s EVER done that to me

Then this is the ONLY systematic approach to escaping and Cross side (side control) you need: