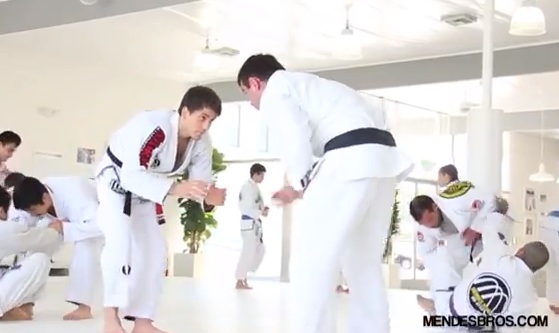 The brothers Rafael and Guilherme Mendes are the co-owners of the Art of Jiu-Jitsu Academy , in California, United States. They often receive visits from big names in the sport to train. And recently, the black belts had the presence of the much bigger Ricardo Demente. To celebrate the appearance of the Nova União’s athlete, the triple world champion Rafael Mendes and his brother Guilherme did a roll with their friend, which they recorded. Check it out: