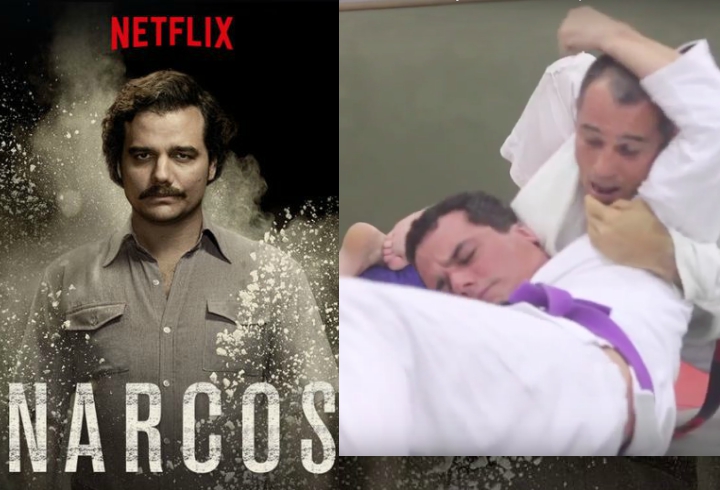 Wagner  Moura  is a Brazilian film, television and stage actor. Besides being a well-established and acclaimed actor in Brazil, he has achieved widespread international fame for his portrayal of Captain (later Colonel) Roberto Nascimento, protagonist of the highly successful film Elite Squad (2007) and its sequel, Elite Squad: The Enemy Within (2010). He is currently playing the lead role of Pablo Escobar in the Netflix series Narcos, for which he received a Golden Globe nomination.

Moura has been training Jiu-Jitsu for many years. He is currently a purple belt. Wagner Moura training with Anderson Silva: 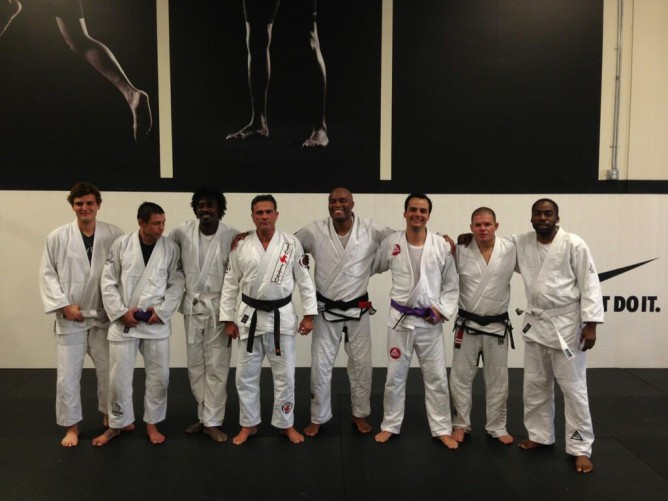 You can see Wagner Moura rolling with BJJ legend Royler Gracie in this awesome video from Hywel Teague’s BJJ Hacks.

In this video, Royler shares his thoughts and feelings about the importance of competition and describes how his father Helio Gracie helped foster the competitive spirit in his sons. He also explains how his goals in jiu-jitsu have changed with age and how jiu-jitsu continues to improve and affect his life after 47 years in the game

Here he is training with Rickson Gracie for the film Elite Squad 2: