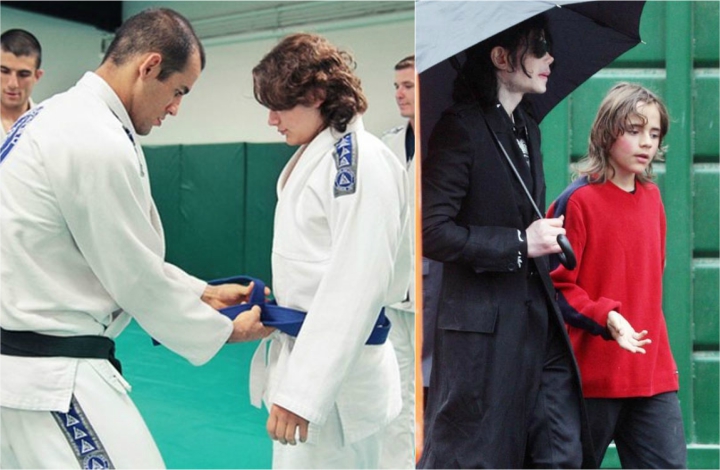 The eldest son of pop star Michael Jackson, Prince , 19, is a practitioner of Jiu Jtsu and trains at Gracie Academy Beverly Hills, Los Angeles in California. Prince is a student of Ryron and Rener Gracie. Back in 2013, he earned his blue belt in Jiu Jitsu last week.

Rener Gracie talked about the dedication of his student:

“Prince is a great student. He is one of our best. He”s extremely dedicated and very attentive to detail. He is already in the class of adults and is very friendly with all colleagues. He expressed no desire to fight MMA, for example, but has many of the qualities we look for in a student of jiu-jitsu.”

Prince, still a blue belt was recently asked by a reporter how his Jiu-Jitsu was going and if he planned on competing any time soon:

The reporter then asked him if he was planning to become a black belt in Jiu-Jitsu one day. Prince humbly answered:

“You know, I just plan on learning. A black belt only covers two inches of your ass.” 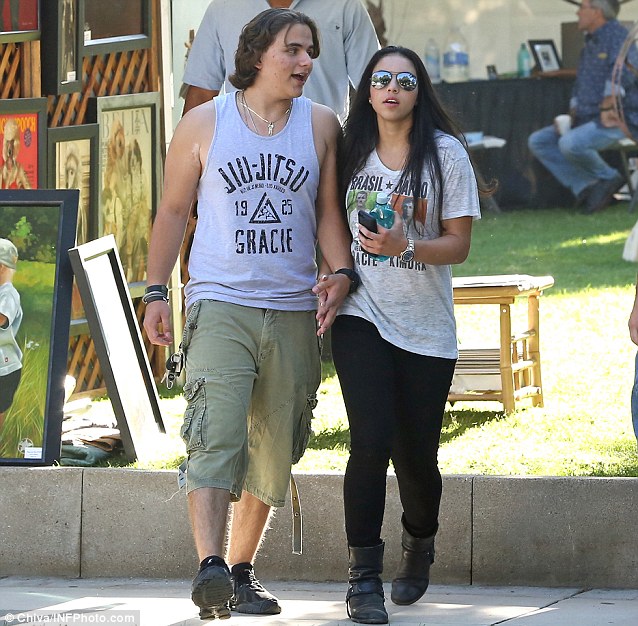