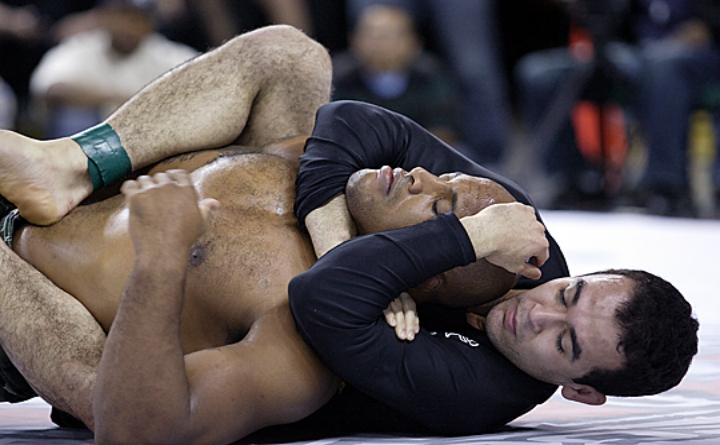 BJJ Legend Marcelo Garcia talks in detail to Stuart Cooper about the reasons why he never did strength and conditioning for more than a period of 8 months.

In this other video, he talks about his philosophy regarding developing your BJJ game when you are around lower belts.

For Marcelo, instead of waiting for your partner to make a mistake, you should push the pace and force the partner to defend. This will also push your conditioning for BJJ.