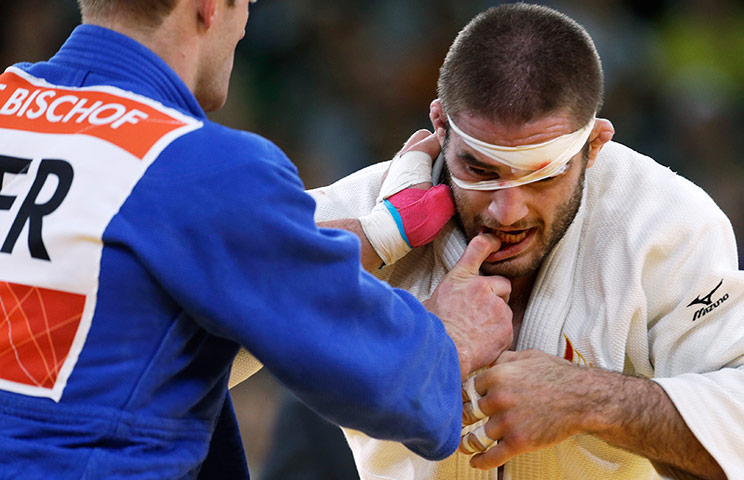 Travis Stevens is a judoka from United States who competed in 2008 Olympics. He participated in the 2012 Summer Olympics, losing against the previous winner of the 2008 Summer Olympics, Ole Bischof, in the semi-finals by judges’ decision and was then beaten in the bronze medal match by Canada’s Antoine Valois-Fortier. Travis has defeated Judo legend and Ne Waza king Flavio Canto. Travis also holds a black belt in Brazilian Jiu-Jitsu under John Danaher. Danaher rewarded Stevens his black belt on November 19, 2013.

Travis Stevens U.S.A Judo Olympian went through all the BJJ Belts under John Danaher in an incredible 18 Months! . He held the rank of Brown for a year and competed at Copa Podio, and BJJ expo tournament. White-blue in weeks, then blue-purple in a month then purple-brown in a few months!

Check out the throws which are perfect for BJJ: