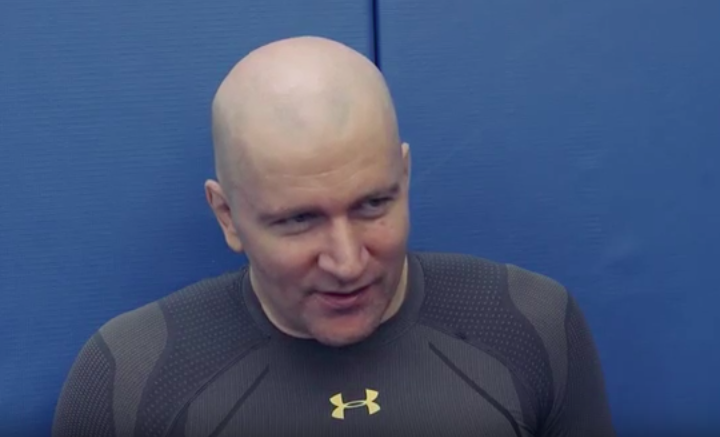 Carlson Gracie said: “If you want to be a lion, you have to train with lions”

Many people understand that as meaning that all your training should be with people that can defeat you and that will make you improve. This tends to be true however, you often hear of some BJJ instructors training all year round with their students (white, blue and purple belts) and maybe 2-3 weeks before a large competition, they train with people of the same or higher level than them, and they end up winning. How is that possible? How can they improve by rolling with white and blue belts all the time?

For Danaher, the best training partners are people of a lower skill level than yourself.

In his interview with our friends at VerbalTapcast, Danaher talks about the performances of GORDON RYAN and GARRY TONON at EBI 6 (as well as describing the scene backstage after Garry’s match with YURI SIMOES). Plus, he drops some knowledge about the best kind of training partners and what’s in the future for the Danaher Death Squad (including EDDIE CUMMINGS).

Raf Esparza: You don’t want to train with someone whom is not going to push you or not submit you right?

Danaher: It depends what you’re training for. People have a mistaken impression that you should always be training with the toughest guys which is not true at all I believe. About 80 to 90 percent of your training should be people who are significantly of a lower level skill level than you are and as you get into competition mode, you start rolling with guys who are your own skill level or a little better but I do believe that it is a common misunderstanding that you should always be training with people better than yourself.It’s very very hard to develop your technical skills on people that are better than you. You will develop your defensive skills but ultimately the point of Jiu-Jitsu is to defeat people and not to become difficult to submit.
So there is this common misunderstanding: “To be the best, you have to train with the best” yes to some degree I do believe it’s important in your early days in training to feel what qualities Jiu-Jitsu feels like so you need to roll with someone good but as you progress I always believed that around 80% of your training should be with significantly lower level people than yourself so you can practice new techniques and you can expand your repertoire you can do these things when you go in to the nail with someone of your own skill level.

John Danaher is known as one of the best kept secrets in Jiu-Jitsu. The New Zealand born, BJJ black belt under Renzo Gracie has been praised by the BJJ community as being a master and brain of the art. Danaher is a highly intelligent individual, who has a Master degree in philosophy, and is totally focused on the evolution and improvement of Jiu-Jitsu. He is also the submission coach of none other than former UFC Welterweight Champion George Saint Pierre.
Danaher trains and teaches Jiu jitsu at Renzo Gracie’s Academy in New York.

BJJ and 10th planet Jiu-Jitsu black belt Joe Rogan shares the same views as Danaher. He talks on his podcast about how to get good at Jiu-Jitsu.
For him it’s better to train with people around your skill level and try new moves on them as well as drill, instead being smashed by higher belts.

Many people have this misconception that the best way to get good at Jiu-Jitsu is to get your ass kicked by higher. Absolutely not. The best way is to strangle blue belts.