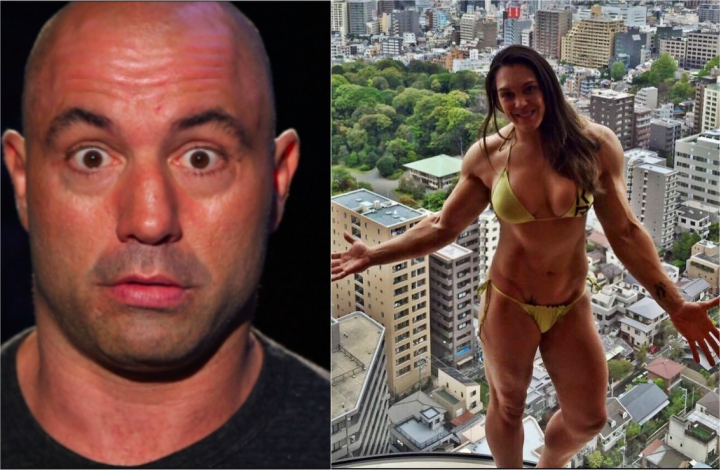 The UFC commentator, BJJ black belt, comedian recently accused 10x BJJ world champion Gabi Garcia of taking male hormones during his weekly podcast. He also accused Cris Cyborg. Rogan has not formal proof but bases his judgement on signs of steroid abuse and from his in depth knowledge of PEDs ( He openly takes himself).

Garcia’s results from the 2013 IBJJF World Jiu-Jitsu Championships (IBJJF) were automatically disqualified when she tested positive for the fertility drug Clomiphene, which is on the USADA banned list. After a case review, Garcia was found to have not been at fault for the positive test – no suspension was given. Garcia currently is 2-0 in MMA and fights at Rizin in Japan where they do not tests for PEDs.

Rogan knows quite a few things about PEDs. He has never hidden the fact that he uses TRT (Testosterone replacement therapy), and HGH (Human growth hormone).

For Rogan he takes it to fight the ageing process. He combines his TRT with a healthy diet and vitamins.

Rogan was featured in a recent article by Rolling Stone where he talked about his testosterone, and HGH fuelled lifestyle:

He shoots himself up with testosterone on a weekly basis — “It’s what fighters get in trouble for, but, obviously, I’m not competing. I just like the idea that I’m cheating old age and death, although, you know, you can’t cheat it forever”— as well as human growth hormone. If he’s dragging a little, he’ll pop a Nuvigil, a variant of the focus-improving drug that fighter pilots use.

Most mornings, he preps for the day with a Vitamixed, sludgy blend of kale, spinach, celery, “a large hunk of ginger about the size of a child’s thumb,” four cloves of garlic, an apple and some coconut oil. Tastes like crud. “But after your body digests it,” he says, “you’re like, ‘Whoa, we’ve got a lot of stuff to work with here.

On his podcast in 2011, details how he takes the testosterone in a cream form:

I took a lot of different stuff,” Rogan said. “Now, I take human growth hormone and testosterone. I go for hormone replacement therapy. I don’t need more [testosterone]. It’s a very light dose. The testosterone is cream. It’s healthy. It does wonders for your body.