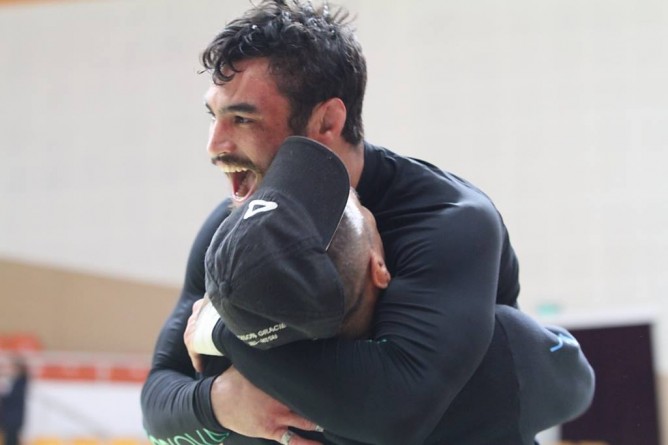 In this video UFC Commentator and comedian Joe Rogan and his good friend and BJJ Black Belt Eddie Bravo founder of 10th planet Jujitsu talk about this years ADCC 2013.

I finally had the pleasure of meeting up with Eddie Bravo at this years ADCC 2013 Beijing, China and got to interview him about the event.  also got the honor to meet Rickson Gracie and he talked about how proud he was of his son Kron and how BJJ has evolved since he was competing. In this video Joe Rogan and Eddie Bravo talk in detail about all of Kron Gracie’s matches at this years ADCC and how he submitted everyone. I took the audio from the Joe Rogan Podcast as it amazingly synced up with the images i captured at the event to make this cool video about Kron and Rickson Gracie. Rickson Gracie is believed to be the best Jiujitsu aster that ever lived and Kron is his son who is clearly following in his footsteps. Some images where also taken from the documentary Choke.