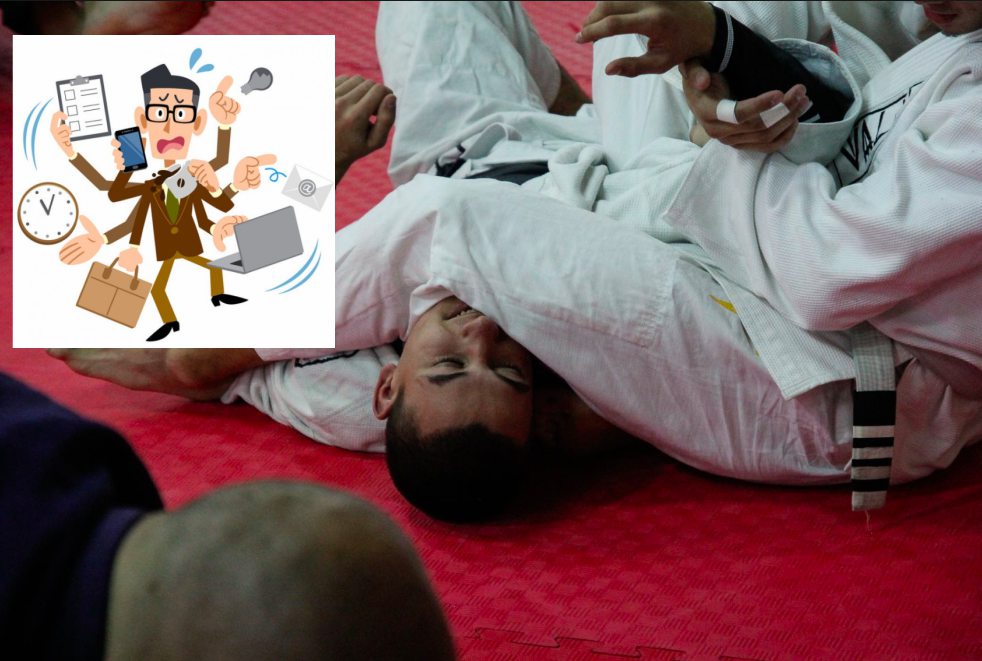 Often times we hear about competitors like Miyao brothers or Gordon Ryan who have openly said that their typical day consists mostly just from several jiu-jitsu practices.

But the reality of it is that the majority of jiu-jiteiros are white and blue belts and often times putting in that kind of time straight of the gate could backfire severely and is actually impossible since most of them has jobs, family etc…

To get a good grasp on Jiu-JItsu, it’s optimal to train at least 3 times a week – training less could lead to you completely forgetting what you’ve learned last training. But training much more can lead to informational overload that will leave you even more confused and even worse misleading yourself that you know much more than you actually do.

But how about if you don’t have enough time to train and want to improve in Jiu-Jitsu?

Stephen Kesting talks about how to train and improve in martial arts when time is super-limited.