How To Do The Infamous ‘McKenzietine’ Guillotine 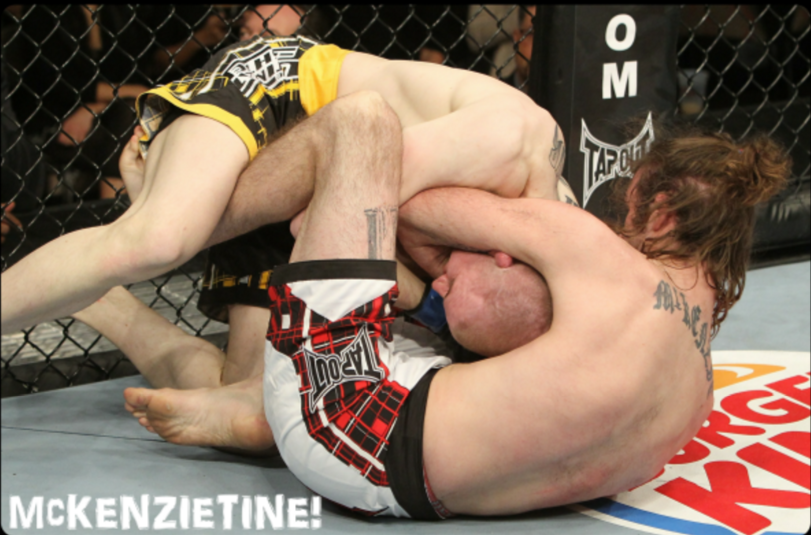 Cody McKenzie is an American mixed martial artist who currently competes in the Welterweight division of World Series of Fighting.  He is well known for submitting opponents with a modified guillotine choke nicknamed the McKenzietine. Out of his 16 MMA victories, 12 have been by Guillotine.

Prior to joining the Ultimate Fighting Championship, McKenzie recorded ten successive submission victories, nine of which were by guillotine choke.

McKenzie also utilizes his own variation of the guillotine choke which he names “The McKenzietine“. McKenzie flips his shoulder a different way to the standard guillotine choke, before arching his shoulder. According to Sherdog.com, McKenzie has the third-most guillotine choke victories in the world behind only two fighters who have each had over 50 fights in their respective careers, one being Travis Fulton, the front-runner, who despite having had over 300 fights has only two more guillotine victories than McKenzie.

Here is a highlight video showing the McKenzietine from the man himself:

Here is how to do it: