How To Add The Offensive Ura Nage To Your Takedown Game 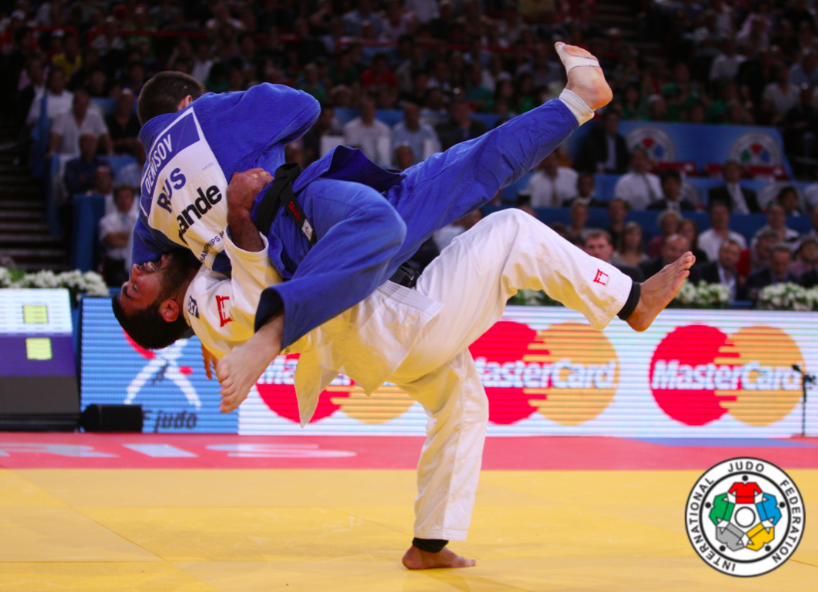 Ura nage in Japanese terminology means the rear throw. It is one of the original 40 throws of judo developed by Jigoro Kano. Worth noting, it’s classified as a rear sacrifice technique.

Many people feel this is a very advanced technique but it isn’t – it teaches a good solid body position throwing skills. That’s why it’s typically approached as basic. It’s a true throw and not just a takedown.

There are several setup options.

For instance the opponent tries to pull a harai goshi on you. In that case you would wait for them to come all the way in with their hips parallel to yours then you would sit down and buck. Danger with this setup is coming in too early which wouldn’t work if you’re facing a bigger opponent because it would be much harder to lift.

Another option would be when faced with a taller aggressive opponent. Tall usually means someone eager to grab onto your back with a top grip. As they go in to secure a top grip you slightly crouch and secure a tight waste grip. Slightly curl and slam.

Offensive Ura nage is very much in the realm of Sambo in spite of being from Judo originally. This move has the reputation of a strength move and it will get terms like steroid use thrown at you but in reality we can say with certainty that this is a move smaller practitioners can do on bigger ones.

Technique is what gets the opponent thrown. And here is why, it’s much easier to squat and hold a person if you’ve got hands around their hips then it is around the shoulders.

This is the principle of this throw: Squat – Lock the Body – Lift with your legs

Again this is another one of those situations where you need to lift with your legs and not your back.

While ura nage is typically a counter throw, using it offensively would include you initiating the action and slightly more leg use. While counter attack ura nage is easier to get the perfect grip because you’re waiting for the opponent to come to you – but now you have to get an offensive grip, grab what you can and then do the lift as best as you can.

The smartest first step is probably getting an offensive grip. Afterwards you curl around the opponent and hopefully you’re in that position right under his (or her) armpit. Now it’s important to remember you’re slightly crouched here.

From there it’s important to position the head. Your head should be very involved and turned sideways to lock the opponent’s shoulder. Another crucial thing is that this is a sideways finish and not a backwards one. This is another reason why one could do it to a heavier opponent.

To perform this takedown right it’s optimal to be as low as one would be sitting in a chair. This is exactly why another name for this throw is The Chair throw.  Others use the term buck throw because you buck up the opponent with your hips and you follow through slamming their body into the ground.

Of course one should practice this cautiously because there have been incidents where it didn’t go so well: