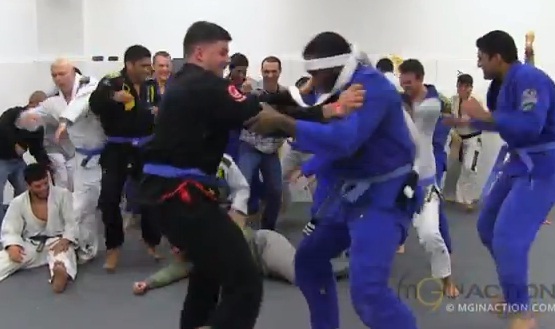 The Harlem Shake is an Internet phenomenon based on viral videos that began to gain popularity in early February 2013, following the release of a video by the YouTube comedy vlogger Filthy Frank. The original video was published on January 30, 2013, which featured a compilation comedy, where he then made his later video the Harlem Shake containing the original extended gag. The meme originated in Queensland, Australia after five Australian teenagers known as ‘The Sunny Coast Skate’ created a Harlem Shake video, that went viral due to their large following on YouTube. Jiu-Jitsu, MMA and Crossfit schools everywhere made their own versions: