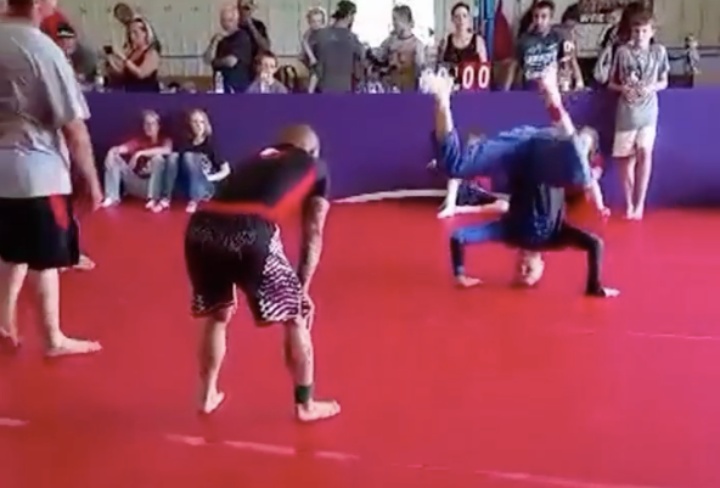 The controversial Donkey Guard has been in the news recently with Gracie Tournaments having banned it.  The rule was met with criticism by the BJJ community.

From Gracie Tournaments rules that seem to have been written by Rose Gracie herself as they are the first person. They cal donkey guard “just silly” and “if you were ever to do this in a real fight you would get kicked in the groin.“

The Donkey guard was created by BJJ black belt, Jeff Glover as an unorthodox taunt to his opponents inviting them to take his back. He used it for the first time at the 2011 ADCC. Some old school jiu jitsu practitioners see it as disrespectful and jet plain stupid. followers who see the position as a sign of disrespect towards the opponent. The donkey can be a takedown which offers many options for transitions to submissions, back take takes and sweeps.

Jeff Glover gets a sweep right off his patented Donkey Guard.

In this match, the competitor in red is facing an opponent who butt scoots, goes inverted guard, and even donkey guards. The guy in red wants none of it and even walks away rolling his eyes. He just wants a good old fashioned grapple without all the craziness.

The Donkey guard player makes him pay for it:

Learn the in’s and out’s of the most unique and different guard in BJJ: Donkey Guard directly from its creator Jeff Glover. 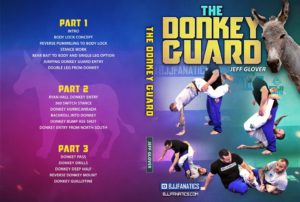