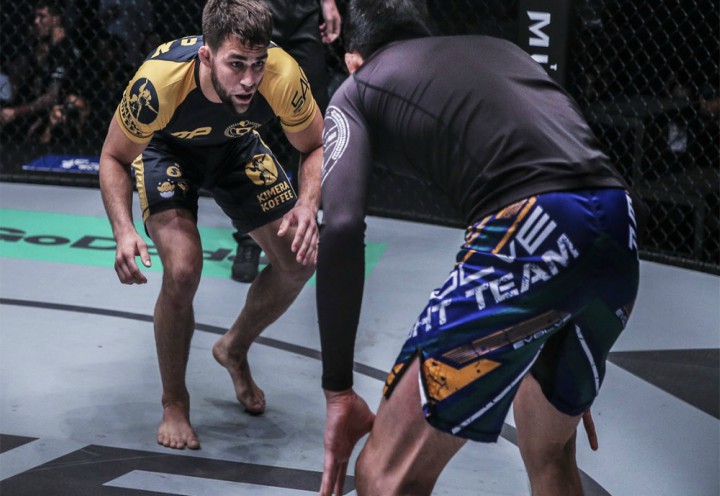 In this great grappling match between Garry Tonon and DJ Jackson,we can see incredible takedown defense against relentless pressure.

Tonon is defending Jackson’s numerous shots by spreading his arms like an airplane and granby rolling.

A Granby roll is a popular wrestling reversal,which is set up from an inferior position. When the opponent is holding the waist, the bottom wrestler rolls out and escapes.

Granby Rolls are one of the first moves a newbie learns in bjj, right next to breakfalls and shrimping.

While there are some variations it’s hard to discount universal benefits of Granby’s. The Granby roll is a wrestling reversal named for Granby High School in Norfolk, Virginia, where it was popularized by coach Billy Martin SR.

Now Bjj black belt Sonny Brown did a very interesting study about the use of Granby rolls in mma.