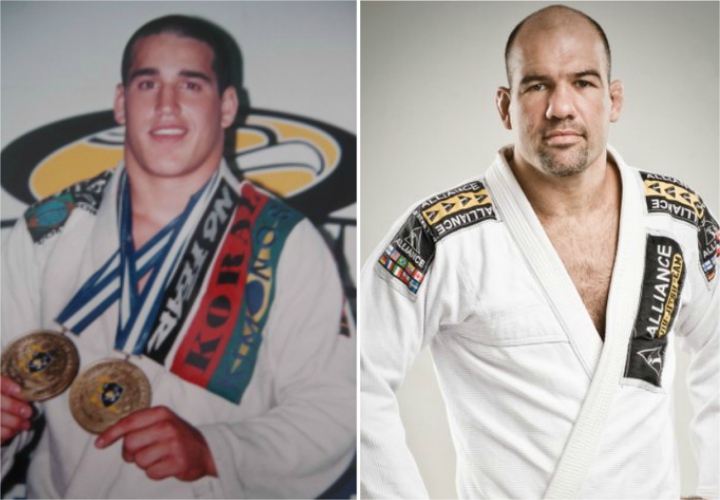 Remember Fernando “Margarida” Pontes Vs. Fabio Gurgel at the 2001 Pan Am?

This was one of the rare times a former student faced one of BJJ masters in a BJJ competition. In this case the student beat the master and even submitted him.

Fabio Gurgel was a black belt since 1989, a 3x World Champion, 4x Brazilian National Champion, the co-founder of the legendary Alliance BJJ.

He reached the final by defeating Roberto Godoi. He had never been submitted in competition. Facing him in the final was a”kid” who was a brand new black belt, who had gotten each belt from a different master but was very promising.

The year before, the “kid” Fernando “Margarida” Pontes  had won the 2000 Mundial (worlds) at medium heavyweight and absolute classes, submitting all five of his opponents.

Fabio was one of Margarida’s first BJJ instructor. It was actually Gurgel who gave Margarida his nickname. Fabio taught a class at Fórmula academy, in São Paulo, and when he noticed the colored mouth guard of Pontes, he joked: “Where I come from, we call that margarida (daisy)” .

Margarida tried his best to get rid of the nickname but as in Brazil, once you have a nickname, it’s set for life.

Margarida moved up in weight just to fight Gurgel, saying “I wanted to show that the theory defended by the Gracie family is essentially true, how Jiu-Jitsu was created for the small to overcome the big.”. It was the first time Gurgel ever tapped out in competition.

Margarida tapped Gurgel with a deep collar choke and the crowd went crazy.

Gurgel was in shock, still on his knees, he put his hands to his face. He stated about the moment: “The house came down!”

Fernando Pontes known as “Margarida” by the jiu jitsu community, is a former World BJJ Champion in both his weight category and the open weight division. During his BJJ journey he has represented many flags: Gurgel and Alliance, then Yamasaki, then  when he moved to California he got his purple and brown belt from Fabio Santos, he then spent some time under Nino Schembri and Rickson Gracie, he returned to Sao Paulo where he trained under Roberto Godoi and Otavio de Almeida, where he achieved his black belt in 2000. He then joined BTT for a while. Currently he is based in the US.